The Unreal, Dead Worlds of Wes Anderson: A Sort of Review of "The Grand Budapest Hotel" 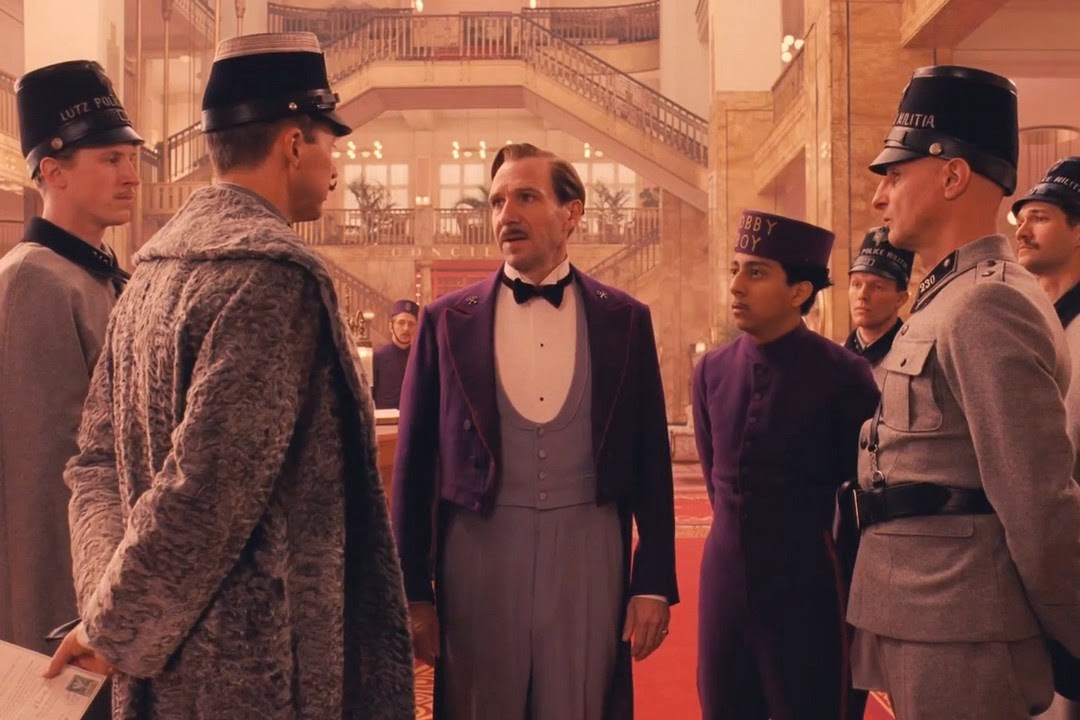 Wes Anderson has been one of my favorite filmmakers for years. Rushmore and The Royal Tenenbaums are two of my favorite films from my high school years (a.k.a. when I started seeking out "good" movies). Since those two films, Anderson has exaggerated his style to a fault. Some people were already put off by his first films for their focus on quirk instead of character (indeed, I am not a fan of Bottle Rocket or The Darjeeling Limited because I could not get invested in the characters), so it's understandable if viewers take issue with his recent work for its lack of reality.

All of Anderson's films are arguably ridiculous, but most of them stay withing the confines of reality: Bottle Rocket, Rushmore, The Royal Tenenbaums, The Darjeeling Limited, and Moonrise Kingdom. Of these, some might argue that Tenenbaums and Moonrise are outside of reality, but I found them to take place in fantasized, though still realistic, worlds.  No one can deny the style of any of them, however; an Anderson movie is still an Anderson movie whether it takes place in reality or not. Anderson's other three films, I would argue, take place in a completely fictional world: The Life Aquatic with Steve Zissou, The Fantastic Mr. Fox, and The Grand Budapest Hotel.

My reasoning for this is that the first five films claim to take place in a real setting, even if that real setting is given unreal qualities. To be fair, Moonrise is somewhere in between the two groups due to some of its more cartoonish elements, but I think it sticks with reality more than fantasy. On the other side of the coin, Life Aquatic is somewhere in between as well due to some realistic settings and the violence, but I think it is more in the fantasy realm because of the made-up sea creatures.

Fantastic Mr. Fox is the easiest film to distinguish since it is animated, but I think The Grand Budapest Hotel is in the same boat. Or perhaps it is simply because there are a few extremely similar aspects between the two films. First, the escape sequences are very similar. Second, Willem Defoe plays a villain. Third...you know what?, I don't want this to end up being some point by point comparison. Just watch both of these films. They simply feel like the same film, even more so than how all Anderson's films feel the same. Perhaps it has something to do with the setting.

Mr. Fox takes place on a fictional farm area, and Grand Budapest takes place in a fictional European country. But it is the population, or lack thereof, that makes them similar. In Fox, the world felt constructed (because it literally was) and unpopulated. Grand Budapest has that same feeling (most of the locales seem devoid of human life), but it's a bit more odd since the main setting is a hotel...where people stay. I'm not sure if it's a good thing or not that Anderson made a populated world feel dead. I suppose that's where the emotional disconnect most viewers feel comes from. I have enjoyed the majority of Anderson's work very much, but I must admit that only Rushmore, The Royal Tenenbaums, and Life Aquatic made me care all that much about the characters. The atmosphere created in his more fantasy-based films, however, makes up for that lack of emotion. With Grand Budapest, he nearly accomplished the feat of creating a unique world and having characters I cared about. To be fair, I did want things to work out for Gustave (Ralph Fiennes), and I very much liked his character. But he was the only one I connected with.

Still, almost accomplishing both things makes Grand Budapest among Anderson's best. The complex narrative, nostalgic style, and amazing cast culminate to make this one of the year's best. Anderson's characters lack emotional appeal at times, but no one can accuse them of being uninteresting. And while it's come to be expected at this point, Anderson's ability to create that vague feeling of nostalgia (even for eras I never experienced) is still his strongest asset. Hats off to the production designer (Adam Stockhausen), art directors (Stephan Gessler, Gerald Sullivan, Steve Summersgill), and the set decorator (Anna Pinnock) for this, as well.

The strongest asset of Grand Budapest, however, is Ralph Fiennes. Known for his intensity, Fiennes may not be someone's first choice for quirky comedy, but Gustave is the perfect character for him. He's funny, but he is also pretentious and, at times, intensely angry...and vulgar. Anyone who's seen In Bruges knows that Fiennes is more than capable of bringing the intense comedy. Plenty of moments in Grand Budapest were reminiscent of Fiennes's best moments from Bruges. Plus, he's surprisingly likable. I'm convinced that Fiennes's performance, not necessarily his character, is the reason for the emotional connection.

So that was a very roundabout way to say Grand Budapest is Anderson at his best, with special thanks to Ralph Fiennes. But the comparison to Mr. Fox is not completely pointless. It seems that Anderson is content with making live action cartoons now that he's made a stop motion one. I imagine dealing with actors is easier than dealing with props. There's nothing wrong with that, because that means his films will look like nothing else out there. Grand Budapest is significant in that it shows that he may one day be able to make me care about the majority of his characters (like I did with Tenenbaums) while also creating a unique, if dead, world. That didn't sound very complimentary, but it is actually high praise. I can't wait to see what's next from Anderson.


The Grand Budapest Hotel receives a: