"Major League II" - The Sequel I Should Hate, But I Love 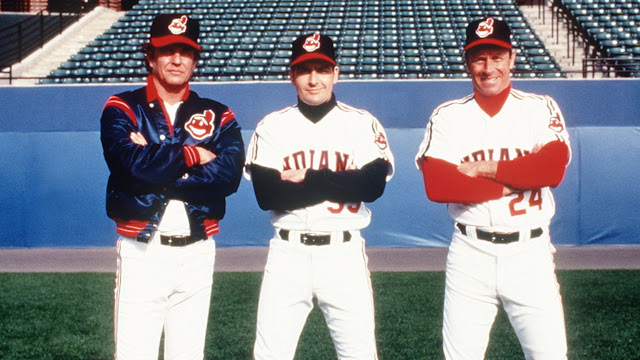 *The main purpose of Why Do I Own This? is to take a movie from my personal collection and answer that question. I then decide whether or not to keep the film.

**I cheated a bit and purposely chose this movie for my next review because of the timeliness of it. The Cubs recently beat the Indians in the World Series. I'm a lifelong Cardinals fan (and Cubs hater), so I wanted to watch the Indians win. Unfortunately, they only win in the movies.

I'll go ahead and get this out of the way: I own Major League II because I love it, and there is no way I'll be getting rid of this one (I will probably get rid of very few of these, honestly, since I always end up realizing why I bought them in the first place). Major League II is a special movie for me and my friends. I grew up playing baseball, and this movie came out when I was ten years old. My friends and I would watch this dozens of times over the years (to the point that we would get in heated arguments about some of the dialogue [the conversations between Pedro Cerrano and Tanaka were hard to follow at times]). Perhaps this is why the goofier tone of this PG-13 film appealed to me a bit more than the R-rated original. Looking back, it's clear that the original is the superior movie, but because of nostalgia this film holds a special place for me.

As far as plot goes, Major League II sticks to roughly the same formula as the original. The Indians, though successful by the end of the last film, have already lost their way by the next season and are just as bad, if not worse, than last year. Actually, there's no point going over the plot because this movie completely recaps the first movie at the beginning. I kind of love that. It's like a "previously on" that TV shows do. Some movies could benefit from that. Like the Divergent series, for example. I caught the most recent one on HBO the other day and had no idea what was going on. A Major League II style recap would have done wonders for that movie.

Anyway, there's no point in writing some proper review of this sequel that most people have forgotten. Instead, I'm just going to list all the stuff that I love, and that my friends and I still quote on a regular basis. 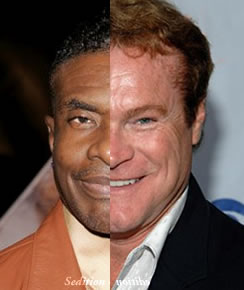 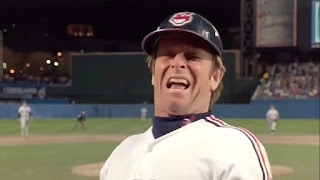 Okay, that's enough. I could go on until I point out every minute of this movie. And that's crazy. It's not a very good movie. It's basically a carbon copy of the first film, but toned down and with a few roles reversed. In fact, the R to PG-13 rating usually annoys me to no end, but it doesn't bother me with this movie. The fact that this first film feels like a real baseball movie, and this sequel is the cartoon version of it doesn't bother me. Honestly, if this movie came out just three or four years later than it did, I would probably despise it. But it came out at the perfect moment for me, and it will always stand out as an example of how nostalgia can influence your opinion of a movie forever. When I want to watch a good baseball movie, I watch Major League. When I want to feel like a kid again, I watch Major League II.

New(ish) Movie Thoughts
The Neon Demon - I feel like I need to watch this again before I weigh in on it, but here goes anyway. I love Nicolas Winding Refn, so I liked The Neon Demon, but I wasn't blown away by it, like I was with Bronson and Drive. It's definitely an interesting watch, though. The visuals and score are as good as you've come to expect from Refn. The movie itself is even stranger than I expected, however. By the end, I realized (maybe incorrectly) that I was a watching a black comedy that makes fun of all the cliches about beauty. "It's what's on the inside that counts." If you remember that saying (which is mentioned in the film), then the ending becomes darkly hilarious. Also, Keanu Reeves is in this, for some reason, playing a scumbag motel manager. My initial thoughts were borderline negative, but I'm going to watch it one more time, and it won't surprise me if this ends up being one of my favorite films this year. Refn's films just have that odd effect on me.

Jackie - I'm starting to get awards-season screeners, and this is one of the higher-profile ones I've received so far. Natalie Portman is great as Jackie Kennedy, but the film was a bit too focused on the assassination of JFK for me. I thought the film would be a bit more broad and deal with her life overall after the assassination. Instead, it focuses on the week or so after the event. You can't fault a movie for what it set out to do, though. I just didn't feel that this focused of a story warranted a full-length film. That written, Jackie is still an effective film. The way it is shot and the music created an eerie, almost horror movie vibe, which was interesting. Definitely worth a watch. Just know what you're watching. I went in blind, and it disappointed me a bit. Perhaps if I knew what to expect, I would have liked it more.

Sausage Party - Believe it or not, I received an awards screener for this, too. I loved it. It's everything I thought it would be. Also, after finally watching it, hearing stories of clueless parents letting their kids watch even a minute of this crack me up even more. This movie earns its R-rating.

The Birth of a Nation - This movie was supposed to be a big awards contender until an old rape trial resurfaced involving star/writer/producer Nate Parker. He was found not guilty (though the co-writer of the film was initially found guilty in the same case and eventually sought an appeal that didn't happen when the victim chose not to testify again), but the damage has been done. Any allegations of rape need to be considered seriously, but I do think Hollywood is being a bit hypocritical here. Roman Polanski has won an Oscar (which he couldn't show up to accept because he would be arrested), yet this man, deemed not guilty, is being ostracized and his film largely dismissed. Honestly, I would not consider The Birth of a Nation one of the best films of the year, but I don't think it should be judged the way it has been lately. As for the movie, it's certainly an effective story of slavery, though it felt amateurish at times in performance and production (possibly due to budget constraints). Also, even it pales in comparison to 12 Years a Slave, even if it shouldn't be looked at side-by-side with that film. The movies have been released too closely together to not compare them. Though Birth is more about rising up against racial injustice as a unified group and 12 Years was the story of a single man. Either way, this is a film people should watch and judge by what's onscreen.