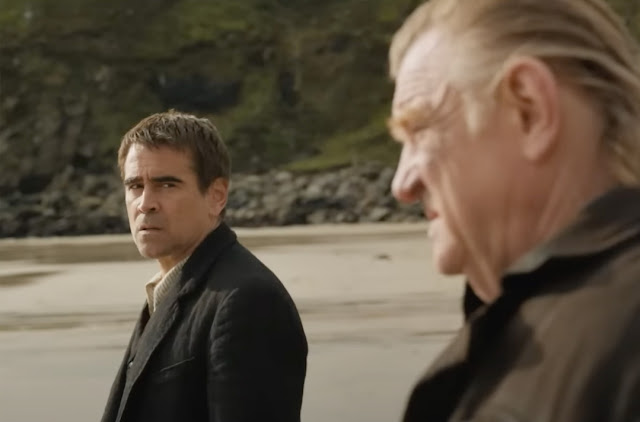 I’ve been dragging my feet (as usual) with this list, but as we enter the second half of January, I can’t put my top ten off any longer. I just like to let the movies of the past year sit a bit longer to see what had the most lasting impact on me. This is why my site primarily deals with revisiting older movies; I find that a film needs time to be fully appreciated. Anyway, that’s not how film criticism works, and lists are a must.

Finally, I always like to point out that this is not a list of what I thought the “best” films of the year were; these are just my favorites

Movies that a lot of people loved but didn’t make my list.

I get why people love this movie, but it just didn’t hit me the way it seems to have hit others. It’s very entertaining and hilariously over the top, but I just didn’t have as much fun with this as I thought I would. I think the way I watched it affected me. I didn’t see it in the theater, and by the time I watched it it had been so hyped up by others that I’m not sure it had a chance of living up to the expectations others placed on it.

I liked this, but why isn’t this just a straight up autobiographical film? Why did Spielberg have to slightly fictionalize it? If you don’t know that the kid in this movie becomes Steven Spielberg, I’m not sure this movie works. And that’s fine, especially because any half-assed movie buff knows Spielberg, but it was on my mind the whole time, and I couldn’t get into the world of the film all the way because of it. Oh, and that confrontation with the bully at the end, who suddenly develops this existential fear about the power of film, made me fucking laugh. I don’t care if that actually happened or not; I found it wholly unrealistic.

This is one of those movies that’s great, and I can’t really think of anything wrong with it, but it just isn’t a movie I connected with or enjoyed. I respect it.

I wanted to love this one, but I only came away loving Brendan Fraser’s performance. And it has nothing to do with the fat suit or any of that; it’s his voicework. I think Aronofsky knew this, too, as the film starts with us only hearing Fraser’s voice. The rest of the movie fell flat for me primarily because it is painfully obvious that this was based on a play. Characters just pop in to deliver dramatic monologues, and then leave. It felt staged, and took me out of it every time.

AKA Movies that would possibly be on my top ten depending on my mood when writing this.

Glass Onion: A Knives Out Mystery

I thought the first Knives Out film was okay, but I found Daniel Craig’s performance distracting. Now that I’m used to it, I was able to enjoy Glass Onion quite a bit more than the original. This was just a fun watch. I know these movies are presented as “smart,” but I find them most enjoyable when I turn my brain off and just go with them.

Cate Blanchett is amazing as always (to the point that you’ll think she’s portraying a real person [she’s not]), and Todd Field should make more movies. Did he let Kubrick’s glacial pace rub off on him during the Eyes Wide Shut shoot?

I may be in the minority here, but I think Peele is getting more interesting as a filmmaker with each film. I get Kubrick vibes from his movies because I feel like I need to be dissecting every little element. Also, this looks great. The locations are shot in such a grand manner, it makes me wish his next movie is a western.

I get why people hate this, but as someone who watched every movie in the series leading up to this, I dug it. Sure, it’s not a traditional Halloween movie, and that’s exactly why I loved it.

All Quiet on the Western Front

Avatar: The Way of Water

The more I think about the plot of this film (which exists solely as an excuse for Cameron to do water shit), the more I dislike it. But I can’t deny that the dude can still create a spectacle. Fuck it, just keep making these for the rest of your life, Cameron, I’ll watch them all on the biggest screen I can find.

Robert Eggers is obsessed with historical details and accuracy, and it makes this film brutal and beautiful.

I feel like nobody watched this, and that’s a shame. Ron Howard should only make movies about real life dire situations that require a team of people to solve.

A great, and funny, examination of what wealth, be it money or pretzel sticks, does to a person.

There is a moment in this movie when a character comes across what is clearly a hidden torture chamber/prison cell, and instead of calling the police, he measures it for square footage for a real estate listing. That’s why this movie is on my list.

This is just pure entertainment. The camerawork during the flight sequences is amazing. Whatever you think of Tom Cruise, at least the guy insists on creating practical spectacles for his movies.

This was the first time that Gotham felt like a real place that needs saving. I can see why people weren’t crazy about yet another “dark and gritty” Batman movie, but I was all in mainly thanks to the atmosphere of the film.

This was the biggest surprise of the year for me. I thought it was going to be some lame cannibal shit, but it’s actually a darkly comic satire about fine dining and foodies and general shitheads. It’s strangely rewatchable, as well, which is a big deal to me. I’ve seen this three times already, so it had to make my list.

This movie was tonally all over the place, and I love it. The depiction of how a detective’s mind works was perfect. Also, this is a masterclass in transition shots.

2. Everything Everywhere All at Once

This is like a movie version of interdimensional cable from Rick and Morty that makes you laugh and cry in equal measure.

1. The Banshees of Inisherin

Posted by Eric Harris at 4:27 PM No comments: