Come Back, John Carpenter, Your Legacy Is in Danger

John Carpenter needs to get back to work as soon as possible; his legacy is on the line. “What legacy?” you ask? The legacy of Snake Plissken, Michael Myers, and The Thing. He’s made plenty of other movies, some good (Assault on Precinct 13, The Fog, In the Mouth of Madness), some not so good (I’m looking at you Vampires and Ghosts of Mars). But Carpenter will be 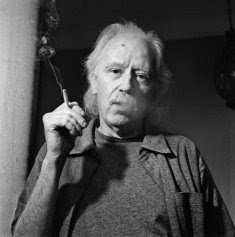 remembered for Escape from New York (maybe not Escape from L.A., though I found it entertaining for what it is), Halloween, and The Thing. Or will those films be remembered for their remakes?
That’s right, the remake virus has hit John Carpenter a few times already and now it’s back going for the kill. We already have the Halloween remake from Rob Zombie (which was mediocre, in my opinion), now we have H2 in which Zombie “completes his vision.” Are you kidding me? Who has a vision that involves remaking a classic and making a sequel to that remake?
Rob Zombie is actually the bright point compared to the other remakes out there. The remake of The Fog remake is awful and not worth discussing further. The Assault on Precinct 13 remake with Ethan Hawke was crap. It didn’t come close to capturing the mood of the original and they left out that insanely vicious ice cream scene from Carpenter’s version as well. Click here to check it out (it’s long, but that’s part of that mood I was talking about). Warning: the video contains disturbingly violent death scene at the end.
If you watch the video, you’ll notice a trademark of Carpenter’s films: the music. What should be a completely dated and even cheesy soundtrack somehow transcends time and remains cool. Carpenter’s music has always been enjoyable to me. And remember, this is the guy who made that now-famous Halloween theme. 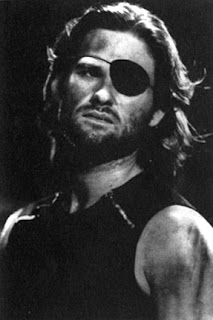 This is all bad enough, but some bad news broke a few months ago: the remake of Escape from New York. This one should not be touched. This is the film that introduced the world to the ultimate badass: Snake Plissken (Kurt Russell). The casting is going to kill this movie instantly. You cannot replace Kurt Russell; he made Snake Plissken. This was a defining role for Russell as it showed him as the star that he should be. He was meant to play these tough guy roles and Snake was the apex of it. He’s slowed down lately, but Tarantino did let him have some fun in Death Proof, though I will never forgive Tarantino for how he ended that film. Death Proof aside, Russell’s legacy is in trouble not only with this remake, but with the remake his and Carpenter’s best collaboration.
The Thing (about a shapeshifting alien attack in Antarctica) is getting the remake/reboot treatment. You might point out that John Carpenter’s The Thing is a remake itself. This is slightly true. It is really based on a short story (Who Goes There?). Carpenter’s film is a closer adaptation than the original film, so I think it’s safe to say it’s his own. Also, Carpenter’s remake wasn’t an attempt to make money based on the original film’s audience and that is exactly how this new version will be marketed. 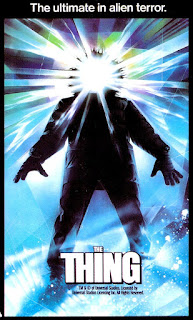 Carpenter's version was a modern classic about paranoia. It also features some of the most disturbing creature effects I have ever seen and this movie is from 1982. Oh, and Kurt Russell is awesome in it. (I could go on and on, but I think I'll just review this one completely in the future.)
I have read that the story for the remake is actually supposed to be a prequel involving the Norwegians that find the alien first (though I’m not sure if that’s the story or not, it’s just what is on IMDb). So the story is different, so what? They are still calling it The Thing and its sole purpose is to lull fans of the original into this new version. I just wish these guys would have the guts to change the title if they’re going to make it a prequel, just to see if they can be successful on their own merits.
As you can tell, I’m not a fan of all this John Carpenter action. That’s because the man himself has been on theatrical hiatus since Ghosts of Mars. He’s had a couple Masters of Horror episodes, but those were kind of under the radar. He needs to get some movies out there. John Carpenter needs to prove that there is no reason to remake his films because he can still make entertaining movies. There are a few things coming up listed on his IMDb page, but nothing is in production yet, so it will still be at least a year before anything new comes out. I know Carpenter’s getting up there in years, but he needs to get in gear so he stays relevant. I know he can’t stop this remakes, but he can at least get out there so that whenever someone tells the younger generation that John Carpenter’s original Escape from New York is better, they aren’t answered with “Who is John Carpenter?”
Also, IMDb listed They Live! as an upcoming remake as well, but you have to have IMDb Pro to see anything about it. So I don’t know how serious that one is. But I still wanted to put up this link to this amazingly long and funny fight sequence from the film, which is about a regular guy (Roddy Piper) who finds a pair of special sunglasses that allows him to see that there are aliens disguised as humans throughout the world. Is it goofy? Absolutely, but you’ll have a good time watching it. The video for this contains strong language and is also quite violent, but more comedic than disturbing.

For Sunday: Terminator: Salvation
Posted by Eric Harris at 11:13 PM