"Jurassic World" Is the Best Movie in the Series (Coming from Someone Who Just Liked [Not Loved] the Original). 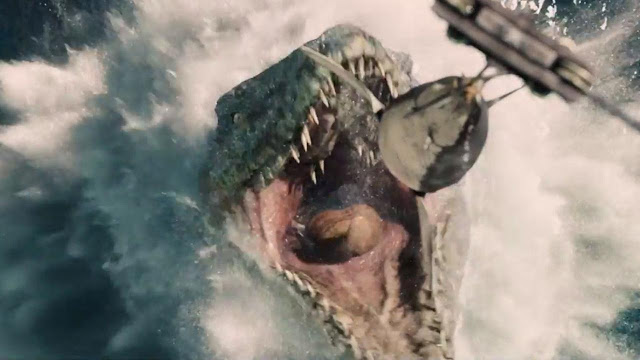 The Jurassic Park franchise has always had an interesting relationship with the concept of time. The basic premise, dinosaurs from millions of years ago recreated for modern times, is definitely about time and whether or not certain things belong in different eras. N ow the franchise itself faces that question after two lackluster sequels. Does Jurassic World have a place in the movie world? After a historic box office weekend, the answer is definitely “Yes.”

The original film worked so well because it was the first time people got to see realistic dinosaurs created for film. There was magic and a little nostalgia for those who went through a dinosaur phase as a child (full disclosure: I didn’t go through such a phase, and that is perhaps why I don’t consider the original film the beloved classic that many others do). Now the nostalgia has been doubled. Jurassic World will surely please any dinosaur-crazed children, and it will most likely please diehard fans of the original who have been waiting for a worthy sequel. World makes it easy to forget those sequels and fall in love with the spectacle of dinosaurs all over again. Nostalgic fans of the original will think this is blasphemy, but (to me) Jurassic World is the best film in the series.

World is the only proper sequel because it sticks with the theme park setting of the original. This time, the park went off without a hitch, but, ten years in, the investors feel the need to create something bigger and better. To the shock of absolutely no one (even most of the characters onscreen), things go badly. Therein lies the weakest point of the film: why does this place exist when everyone knows the consequences are deadly? The simple answer of greed suffices, but a bit more of an explanation for how the place ever got the okay to exist would have been nice. It’s easy to forgive the film for this minor issue because it’s such an enjoyable two hours.

Jurassic World is everything a good blockbuster should be. There is the spectacle of it all: the theme park looks like an awesome place to go, even with the inevitable danger of it all. There are plenty of tense moments, though nothing equals the iconic cup of water trembling from the original. It balances enough comedy (Jake Johnson is a standout) with deadly serious situations. In short, there’s a lot going on in this movie, and some subplots (a pointless divorce storyline) get lost along the way while others (a military subplot) are there just to set up the inevitable sequel(s). But this is bound to happen when the goal is to please as many filmgoers as possible.

Any shortcomings not overshadowed by computer effects or action are compensated for by the actors. Chris Pratt is officially the go-to movie star for everyone. He’s the perfect blend of traditional hero and modern funnyman. His presence elevates any scene in the film. He works well with the uptight Bryce Dallas Howard, who does what she can with a cliché “too busy for life” professional character. Ty Simpkins, as Howard’s nephew, provides the emotional core of the film. While the subplot involving his parents’ divorce seemed tossed in as an afterthought, it still provided plenty of moments for him to play up the role of a kid on the cusp of dealing with the real world. Watching him try to hold on to the last shreds of childhood joy and innocence at the theme park made the film surprisingly emotional at times.

The comedic and emotional elements are what made this film such a pleasant surprise. The action and dinosaur stuff is cool and great, but there’s nothing about it that is groundbreaking. The dinosaurs are interesting, but the novelty is gone. This means that Jurassic World the film had to do what Jurassic World the theme park had to do: come up with something bigger and better for an audience that needs more than just dinosaurs. While the film does have more impressive battles and dinosaurs (the Mosasaurus was definitely awesome), it’s the small elements that combine to make a truly fun, enjoyable experience.

Jurassic World features funny, emotional, tense, exciting, and awesome moments. It’s all over the place in a good way. It’s busy enough to keep you entertained throughout, and even though the plot might leave you with a few questions (Why did they even open this park? Attendance seemed pretty good; did they need a new attraction? Shouldn’t they be testing out new, dangerous experiments on a different island?), it doesn’t matter in the end. It’s a good time, and when you’re dealing with a movie about genetically engineering dinosaurs for a theme park, you have to expand your suspension of disbelief. If you allow yourself to simply enjoy it, you’ll see that Jurassic World is the perfect blend of a nostalgic throwback and a modern blockbuster. 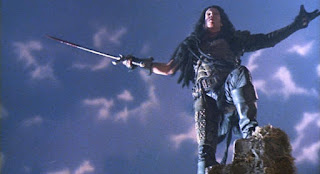 David Chen over at Slashfilm.com wrote an article that encapsulates what I loved about this movie. I recommend reading it yourself, but the gist of it is that the idea of the movie itself is referenced throughout in regards to the plot. There are lines like, "This is happening with or without you" that speak to the inevitability of the sequel and why any filmmaker would tackle it. If it's going to happen, we might as well try to make it as good as possible. I liked the article because it helped me reconcile my biggest issue with the movie: why? Well, the film answers my question. Why are they making a new dinosaur? Money. Why are they making a new Jurassic Park movie? Money. It's a simple answer, but it's usually true.

Speaking of money, this movie definitely wanted to have its cake and eat it too regarding product placement. One of my favorite lines was Jake Johnson bemoaning the corporate sponsors of the new dinosaur with a possible example, "Pepsisaurus." It seems a bit hypocritical that a character complains about corporations in a film that is loaded with product placement. I didn't mind, though. In fact, I don't mind product placement at all as long as it's not a blatant commercial or the camera doesn't stay on a logo too long. The only logo I noticed getting maybe too much screen time was Mercedes-Benz. As for the rest, that's the world. I'm looking at a logo for a computer company just below my screen as I type this. We live in a corporate world, so if a movie can get made a bit easier with corporate sponsorship, so be it.

My favorite corporate tie-in was Margaritaville, but only because Jimmy Buffett cameos as the park guest who manages to salvage two margaritas as the dinosaurs attack. I didn't know it was Buffett until later, but that made the moment even funnier to me.