The Suicide Squad - No Homework Required 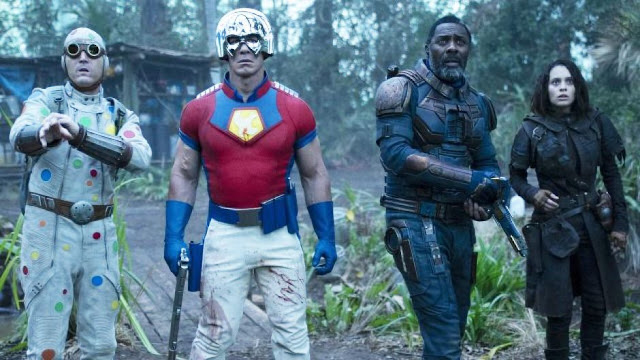 Comic book movies and TV shows are very complicated these days. There are multiple universes, reboots, remakes, director’s cuts, and TV shows. It’s hard to keep up with everything, much less follow along. Because of this, a film like The Suicide Squad should be one movie too many due it being a sequel/soft reboot filled with obscure characters that even the dorkiest audience member would have trouble recognizing. Instead, it ends up being the most singularly focused and entertaining comic book movie in years.

The first Suicide Squad was a bit of a mess. It was meant to be an R-rated, subversive response to the Marvel movies, but studio interference turned it into a forgettable PG-13 cog in the machine. When the DC universe failed to equal the popularity, and focus, of the Marvel movies, it appeared that the film would be a one-off. But when Marvel fired writer/director James Gunn (Guardians of the Galaxy), DC immediately hired him and told him he could make whatever he wanted; it turned out he wanted to give the Suicide Squad another chance.

(NOTE: I won’t be writing any major spoilers in this review, but even being vague about certain things may spoil them, as this movie contains a few big surprises.)

The Suicide Squad is kind of a sequel in that four characters (Amanda Waller, Rick Flag, Captain Boomerang, and Harley Quinn) return, but it’s also a bit of a reboot in that the focus is largeley on new members of the squad, like Idris Elba’s Bloodsport, Daniela Melchior’s Ratcatcher 2, and John Cena’s Peacemaker. Other members and events of the 2016 Squad are not referenced, which is kind of nice because that movie is so forgettable anyway (and I didn’t want to watch it again to prep for this movie).

Because the first film is largely ignored, The Suicide Squad is able to be refreshingly simple, and the tone is changed. The first film was slightly comedic, but overall it was a joyless affair. The Suicide Squad, on the other hand, is pretty much an action comedy. Some of the funniest moments occur between Bloodsport and Peacemaker as they develop a bit of a Gimli and Legolas rivalry during the mission. But the bulk of the humor is due to the self-aware nature of the film. This is a film that features a humanoid weasel and a talking shark (hilariously voiced by Sylvester Stallone); rather than try to come up with some reason for characters like this to exist, the film just makes fun of how ridiculous comic book characters can be.

Speaking of ridiculous, there’s no need to get into the plot of this film. There’s a truly weird big villain at the end, and it needs to be taken care of. What more does anyone need to know? The story moves at such a fast and carefree pace that you don’t really care about how crazy the characters are or if all of the plot makes perfect sense because it’s simply a fun time.

Most of the credit is due to James Gunn’s writing and direction (the action is brutal and easy to follow), but the perfect casting all around is key, as well. Idris Elba makes for a great anti-hero because he’s naturally charismatic enough to not be hated for being a jerk. Margot Robbie is now the official face of Harley Quinn and for good reason. Joel Kinnaman gets to have a lot more fun as Rick Flag this time around. Daniela Melchior provides a surprising and much-needed bit of heart to the film. Viola Davis is even more bureaucratically menacing this time around. And John Cena is the revelation of the film. His sincere delivery of silly dialogue is consistently hilarious.

The cast in general seemed to be enjoying themselves, and that translates to the film. The Squad, flawed and annoying and crazy as some of them may be, is fun to be around. Scenes of them just hanging out are just as entertaining, if not more, than the action set pieces.

Perhaps this new Squad only seems great in comparison to the old one, or perhaps it’s easy to love a comic book movie that doesn’t require research to make sense. Or maybe it’s simply a great James Gunn film. One thing is for sure, The Suicide Squad is one of the only comic book movies in recent memory that I wanted to watch more than once, and not just because it’s a standalone story, separate from any complex “universe.” The Suicide Squad is rewatchable because behind all the gore and dark humor, there are interesting characters. And good characters can always carry a movie, no matter how silly it gets. 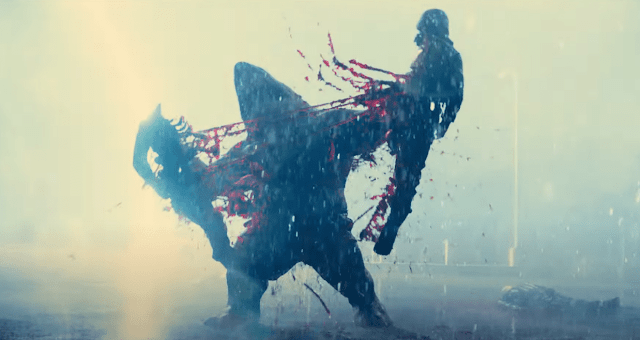 James Gunn is known for his excellent music choices and the streak continues with this movie. Love the use of “Folsom Prison Blues” to start things off.

Michael Rooker should have to wear that wig in all future roles.

“All names are letters, dickhead.”

For the record an Afghan Hound looks nothing like Weasel.

“He’s harmless. I mean he’s not harmless; he’s killed twenty-seven children. But...you know...we got him to...I think...he’s agreed to do this.”

I’m kind of indifferent towards Pete Davidson, but you know Gunn made a lot of people happy by having him get shot in the face less than ten minutes in.

Normally, I’m all for Jai Courtney getting killed off as immediately as possible, but I sincerely enjoy him as Captain Boomerang. He was one of my favorite parts of the first film. I think of him like Gerard Butler: just let the guy speak in his native accent in every role.

The reveal that all the soldiers the Squad kills are actually allies is my favorite twist of the film, but the beginning fake out of the first Squad being a diversion is a close second.

“Who the fuck is Bloodsport?” I love that I have no idea who most of these characters are, and it doesn’t matter. If watching Marvel feels like you have to do enough research to complete a dissertation at this point, then watching The Suicide Squad is the equivalent of forgetting that you had a test on a subject you already know nothing about, so you say “fuck it” and guess on every question.

King Shark is “reading” The Varieties of Religious Experience by William James.

Sylvester Stallone doesn’t know he’s in this movie. The filmmakers secretly recorded all his dialogue by just following him around...like in Bowfinger.

Seriously, though, Stallone’s voice acting is hilarious throughout.

“Who knows why mad men do what they do?”

“I can’t believe this thing had a bullet.”

If there’s one lesson to be learned here, it’s “don’t kill birds.”

But seriously, with the birds and the rats, there’s a real message about innocent, natural creatures and the repercussions for those that do them harm.

I really dig Daniela Melchior as Ratcatcher 2. Her sincere line delivery and nearly comatose energy make her this weird heart of the film.

It kind of sucks that Gunn is going back to Marvel after this. He seems like he should have been with DC the whole time, just doing whatever the fuck he wanted. Oh well, at least we have this movie.

What makes this movie amazing is that halfway through all this crazy shit, there’s a quiet bus ride of character development.

I shouldn’t care about any of these obscure-ass characters, especially since they’re technically supposed to be villains, but I ended up caring more about them than I did in any of the bigger movies of either DC or Marvel. For instance, the party scene in the club is great. It’s funny and endearing (and sad when it cuts to King Shark by himself on the bus), and if they attempted a similar scene with the Justice League or the Avengers it just wouldn’t work. (Aside from the shawarma scene, I can’t think of another scene with either group just hanging out and enjoying themselves for a bit, but I could be wrong.)

I love that a dude named Bloodsport talks about the “Death Touch.” If only Van Damme was playing the guard he said it to…

I don’t want 3-D to make a comeback or anything, but I bet that Harley Quinn flower sequence would look awesome in 3-D.

“All right, who ate all the fucking empanadas?”

“I am walking back and forth!”

Always good to hear the Pixies in a movie.

Much like Harley Quinn, I forgot about Milton the first time I watched the movie. But upon a second watch, his background involvement is amusing. Here’s this regular-ass dude running along with all these fucking weirdos.

The Thinker’s fucked up lab is right out of Dr. Logan’s in Day of the Dead.

I get the need to kill off nearly everyone from the first film (sort of rebooting the series while also creating real stakes), but it still sucked to see Flag die.

“What was Milton going to do?”

“Get on a satellite, Dale, you fucking dickhead!”

“If they have purpose, then so do we all.”

What a beautiful and disgusting way to kill the monster.

“I was happy, floating, staring at the stars.”

Posted by Eric Harris at 5:41 PM No comments: