Don't Believe the Hype, but Check Out "It Follows" Anyway* 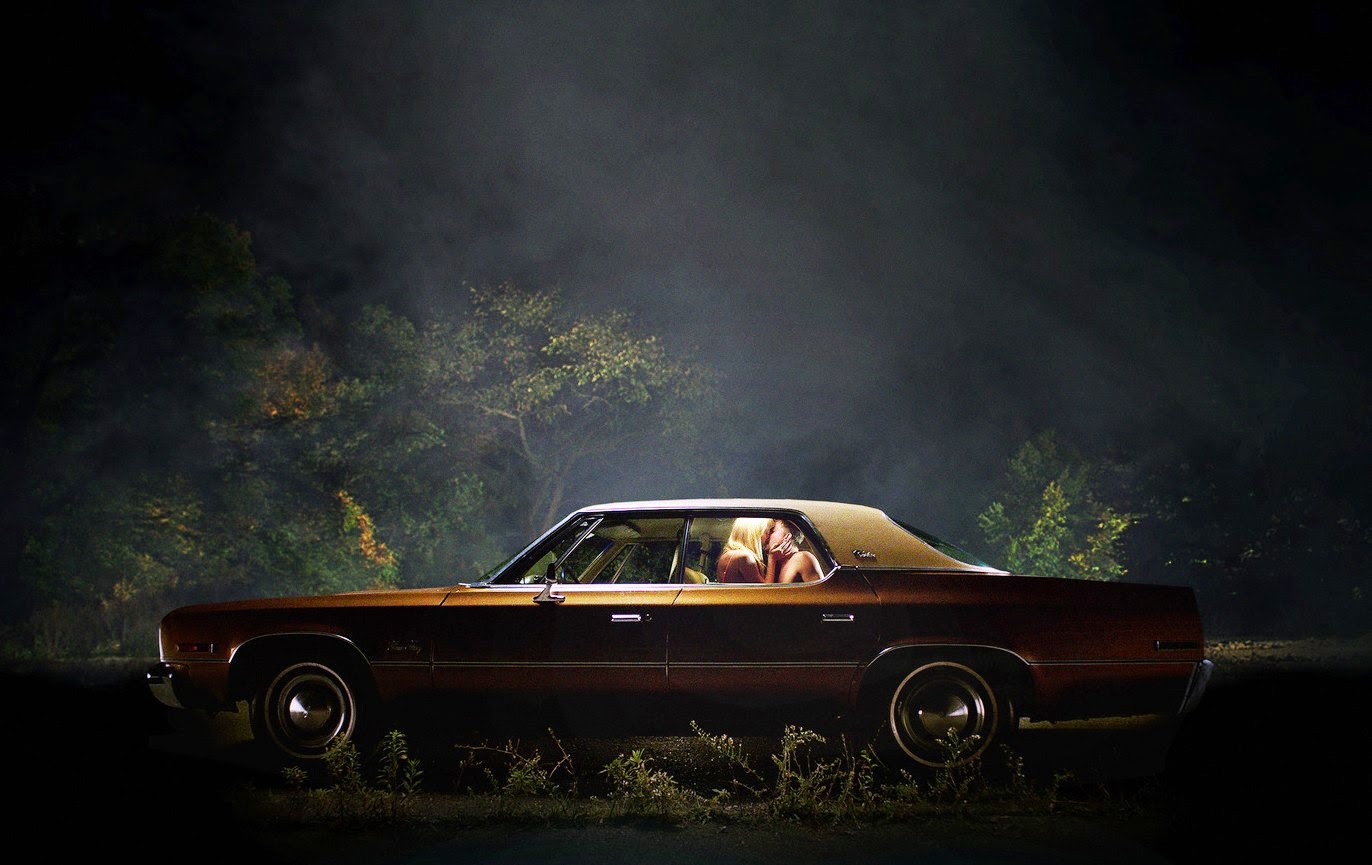 *If you're looking for an '80s slasher movie inspired, weird horror film.

If there’s one thing that can ruin a good horror film (aside from a major spoiler), it’s a hyperbolic quote from a review. For some reason, horror films seem to be the only genre that have this problem. Sure, comedies and other films deal with lines like “the funniest movie in decades” or “the best comic book movie ever,” but everyone pretty much ignores them. But call a scary movie “the most terrifying film you will ever experience” (from the poster of the recent Evil Dead) or “one of the most striking American horror films in years” (a quote from The Dissolve featured on the poster for It Follows) and the film instantly creates a schism (at least online). It must be because of the goal of most horror films: scaring the viewers. Some people like to be scared, but an equal amount like to watch so-called scary movies just to dismiss them as “dumb” or “not scary at all.” There’s nothing wrong with this necessarily except that it cheapens the rare, unique horror film. It Follows is one of those rare horror films. Like any good horror film of recent years (such as last year’s equally divisive The Babadook), there’s more to the film than jump scares and creepiness. For the record, I found It Follows to be fairly effective in that some of the imagery stuck me with me days after watching it. Also for the record, whether or not the film was “scary” did not factor into my opinion.

It Follows can be viewed on a literal level, and possible enjoyed on that level as well. On the surface, this is a story about a sexual curse. We’re not told the origins, but at some point someone was cursed and followed by a malicious entity (the titular It) that will follow you wherever you go. If it gets close enough to touch you, It will kill you. Then it will go the person who gave it to you and so on until the original cursed person is killed. So you have to pass it on and hope that person keeps the chain going. This sounds a bit silly, but consider these two elements, and it becomes creepy. First, It can take on pretty much any human appearance. Sometimes it’s a (very creepy looking) stranger, sometimes it is someone you know, and usually they are naked or generally scary-looking. Second, and more important for the psychological horror aspect, you can never feel safe once you’ve been cursed. The fact that It will work back down the chain means passing on the curse is only a temporary solution.

When dealing with such a strange concept, it’s easy to search for an allegory. The most obvious, but problematic, theory would be that It represents sexually transmitted diseases. That works with the whole “follows you the rest of your life” aspect, but the fact that you seemingly “have” to pass it on makes it questionable. I can’t think of any other allegories that promote the spreading of STDs.

The more interesting theories don’t focus on the sexual nature of the film. After all, It Follows is certainly reminiscent of another franchise that punishes young people for having sex: Friday the 13th. Those films used the sex as part of the thrill of the film. It’s a horror movie cliché now (check out The Cabin in the Woods for a hilarious send up of said clichés). It Follows pays homage to that factor but doesn’t focus on the sex as the punishable activity. In fact, there is no reason for this curse at all. It just is. There’s something in actual life that just exists without a clear reason: death. That’s what all horror films are about, really, but It Follows looks at it in a surprisingly deep way while also taking part in the fun of ‘80s slasher movies. (In that way, it reminded me of one of my favorite film's from last year, The Guest.) It's understandable if you think that I'm looking too far into this movie, and it really is just a simple horror film. I would be inclined to agree if not for a character reading from Dostoevsky's The Idiot multiple times in the film, usually quoting passages ruminating on the anticipation of death. This is the kind of thing that makes a movie like It Follows stand out from the pack.

Almost equally important, however, is the fact that It Follows fits in with the pack too. It is very much a slasher movie in its tensest moments. The stalking It is truly chilling and, honestly, more disturbing than your stereotypical movie monster. What makes it even better is the fact that It can be anyone. This means every scene has the potential for horror. I was constantly scanning the background looking for It. That made for a more rewarding experience. The  hypnotic camerawork adds a perfect amount of tension to the proceedings. It's all topped off with a synthesizer-heavy soundtrack that seems lifted from the early '80s.

If this all sounds a bit weird it's because it is. Those looking for a standard horror film will come away disappointed. The film takes place in modern times, but there is very little evidence (The Idiot being read from an e-reader is pretty much the only modern...anything in the film) of this. It reminded me of Wes Anderson's style a bit, especially when you factor in the plan to get rid of It near the end. Perhaps a better comparison for the look of the film would be to imagine a horror film taking place in the world of Napoleon Dynamite. Not that It Follows is all that humorous; it just has a timeless style.

Friday the 13th, The Idiot, Wes Anderson, Napoleon Dynamite, synthesizers...It Follows is definitely a strange concoction of a horror film, and that makes it that much better. Is it the "scariest" whatever in centuries? No. But why does it have to be? Can any movie truly be the best, scariest, funniest, dumbest, weirdest, etc.? Anything ending in "est" means it's the viewer's opinion. So don't worry about what some stranger's opinion on a poster or preview says. Don't worry about my opinion. Form your own based on your own experience. When I see something is being touted as the "scariest" or "most striking" film in years, I don't take that as a challenge to disagree. I hope it means the film is different from most. It Follows is certainly different, and that's good enough for me.

It Follows receives a:

Posted by Eric Harris at 7:08 PM No comments: