"Age of Ultron" Is a Blatant Attack on the DC Movies...Oh, and It's Pretty Fun To Watch, Too. 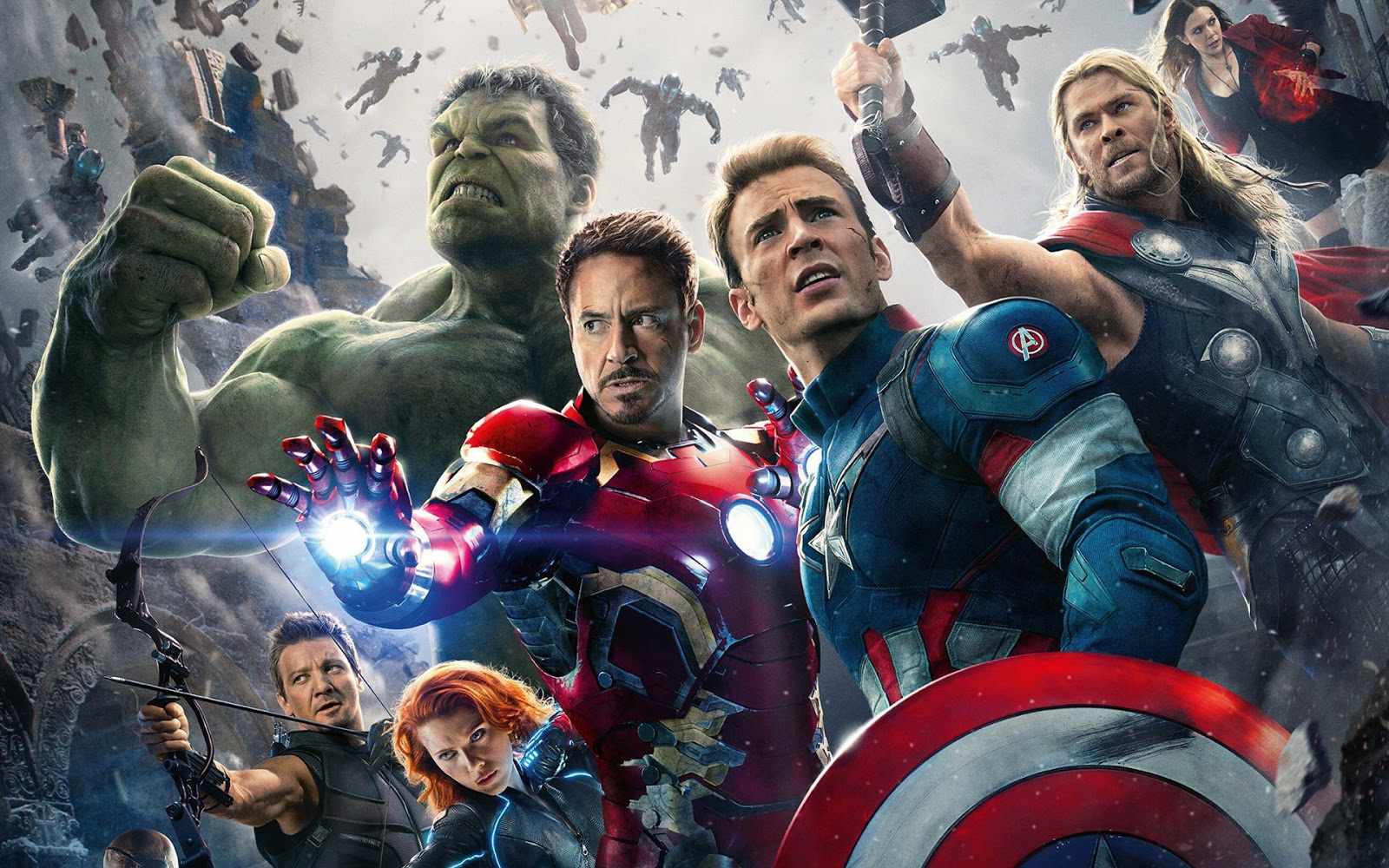 Reviews of movies in the Marvel Cinematic Universe (MCU) are fairly pointless. Every entry in the series ends up being a huge hit and fans (both hardcore and casual) and critics tend to be pleased with them. That said, I can't resist reviewing the movie slightly, but then I want to focus more on one aspect that stuck out to me more than most. But first, the review.
Avengers: Age of Ultron has some big shoes to fill, and it succeeds. It's not better than the first one, but it isn't noticeably worse, either. “Ultron” has some amazing action set pieces, humor, and set up for the future movies. In other words, it's very good Marvel movie. It is getting increasingly harder to keep up with what's going on with each character, but the self-aware humor of the film keeps things more fun than confusing.

Age of Ultron handles the even larger cast of characters as deftly as the first film...in fact, this is the rare sequel that truly feels like a continuation of the first film. Perhaps that will underwhelm people because Ultron does not up the stakes all that much and the villain isn't much better or worse than Loki in the first film. Of course, how do you raise the stakes when the world gets saved in the MCU every few months?

Speaking of the villain, Ultron, the evil, titular robot bent of destroying all humans so the next stage of evolution can occur, is surprisingly non-threatening and, even more surprisingly, funny. Perhaps it's James Spader's natural performance to inject some snark into the character, but Ultron's scenes played more for laughs than tension. Which is refreshing, since Marvel is the go-to for feel-good superhero movies about the potential destruction of the planet.

The humor of Ultron was not the only surprise of the film. Hawkeye (Jeremy Renner) is given a lot more to do and actually serves as the emotional core of the film. This is interesting since some fans (like me) question why the guy with the bow and arrow is even involved. It helps that writer-director Joss Whedon anticipates this and gives Hawkeye a line pointing out the absurdity of it all. It's a testament to Whedon that Hawkeye felt like an equal on the team rather than an oddity.

All this makes it sound like Ultron is lesser than the first film, but it is simply equal. It just lacks that “wow” factor that the first film had since the buildup was so many years in the making. Ultron isn't the event the first film was; it's a sequel.

Speaking of events, Age of Ultron was slightly overshadowed in the comic book world by the release of a preview for Batman v Superman, DC Comics' set up for the Avengers-esque Justice League movie. Perhaps it's a coincidence, but Age of Ultron seems to be the anti-DC movie. Man of Steel featured more destruction than your typical action movie, and it is assumed that millions of people died as a result of the climactic battle of that film. Age of Ultron is very focused on the safety of civilians throughout. To be fair, Marvel films always try to keep things destructive and fun, but this time it seemed much more blatant. Iron Man scans a building to make sure no one is in it before he destroys it. The heroes are more worried about saving a few thousand people instead of the entire world. (SPOILER) A single civilian's life is saved at the expense of a hero. Pretty much every action scene near the end of the film involves saving (typically offscreen) lives.

What does this have to do with DC? First, it seems to be a direct response to the wanton destruction of Man of Steel (among other blockbuster action films). Second, this could be the defining difference between the two series: Marvel wants to save everyone and have a good time; DC wants to save most of the people, pointing out that even the greatest heroes can't save everyone and sacrifices are a necessary part of the superhero world. Marvel is the light-hearted optimist to cynical DC. (Unless it turns out that Batman is actually fighting Superman because of all that destruction, which would be cool with me, but weaken my point...)

To be fair, this has been the case the entire time between Marvel and DC movies. Avengers: Age of Ultron doesn't break new ground; it solidifies it. The MCU is a movie empire that will continue on its impressive course as the stories get bigger and better and lead to (a hopefully) satisfying conclusion in a few years before everything is inevitably rebooted. Ultron was a slight question mark in the MCU. It proves that each subsequent film can be as good as the last, and that's comforting when you see the slate of movies planned for the next 4 years (though some rumors say there are plans through 2028). Marvel will be a dependable good time at the theater for the foreseeable future.

Avengers: Age of Ultron receives a: 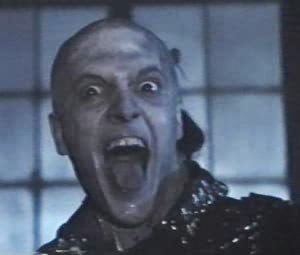 Now that Joss Whedon is telling everyone how compromised his vision of this film is it seems that the loud internet audience bashing this sequel have some evidence for their claims that the film is a mess. For the record, I don't care if a director bashes a film that I enjoy. That doesn't change my opinion. Also for the record, Whedon isn't bashing the film so much as he is airing some grievances about what it might have been. When I look at his comments about Thor's deleted subplot, however, it does make me look at the film a bit more harshly. (Final for the record, I wrote the review itself before I read Whedon's comments, so I felt the need to address a few things here.)

The only thing I want to mention in direct relation to Whedon's comments is Thor. While watching the movie, I remember wondering what the hell that "Pool of Knowing" or whatever was that Thor went to to have his vision. I wrote it off thinking it would be explained later, but then he literally reappears out of nowhere to bring Vision to life. After that, the final action sequence begins, and I stopped wondering about that pool. But now that I have read Whedon's comments, that scene sticks out like a sore thumb for me. Whedon has pulled back the curtain, and it has me questioning the MCU all over again.

I had issues with recent Marvel movies (aside from Guardians of the Galaxy since that film [at the moment] is fairly removed from this world) being too busy setting up other movies rather than telling their own stories. As it turns out, they are way too worried about setting up other movies, but the action and general good time of each film tends to overshadow that. This was the case with Ultron, but now I wonder about every *shudder* plot hole people bring up. It is annoying that within this universe a character can suddenly be in an unexplained mystical pool (which will be revealed in more detail in his next standalone film), or a character can show up with a before-never-mentioned helicarrier to transport innocent people to safety (which will be explained on the TV spinoff series in the coming weeks). This was a small problem when the first film came out, but it seems that as the universe gets bigger, the loose ends will continue to branch out into other movies and shows. I get that it's a "Universe," but even someone as dorky as me can get exhausted by the endless setup. (Case in point, I bailed on Agents of S.H.I.E.L.D. after only a few episodes.)

All that said, I still really enjoyed Age of Ultron. Now for more random thoughts.

Quicksilver was surprisingly better than I expected, although I still like the version (goofy looking as he is) from Days of Future Past. Good call on killing him off since another version of him exists in another franchise...

I don't know how to feel about Vision. I'm glad that Paul Bettany has a larger role now, but Vision looks kind of goofy. Also, that team at the end of the movie isn't too awe-inspiring: Scarlet Witch, Black Widow, Captain America, Falcon, War Machine, and Vision. They're powerful, sure, but I like a bit more name-recognition on my superhero teams.