Check Out "John Wick" When You Get a Chance. It's Surprisingly Awesome.

John Wick
Keanu Reeves has not been on my radar for some time. In fact, I pretty much wrote him off based on his recent films (which I didn't even bother to see) like 47 Ronin and Man of Tai Chi. I just assumed he had gone off the deep end and was living out his Matrix fantasies. This isn't to say I hate him as an actor. I actually liked Constantine (even if he doesn't match up to the source character very well), and Street Kings was surprisingly good. It's just that his role choice has been lacking the last decade or so. So when John Wick showed up, I assumed it was more bland crap. I was completely wrong. (But I still doubt I ever get around to watching Man of Tai Chi or 47 Ronin...)

I caught John Wick a few weeks after its initial release which would normally mean I would not review it. But it is too awesome for me to not at least write a few paragraphs. Especially since it could end up in my top ten this year. I seriously enjoyed it that much.

The story of John Wick is comically simple. A former hitman, recently widowed, seeks vengeance for the men who stole his car and killed his dog. That's good enough for me. It's the kind of simple plot from the great action films of the 80s and 90s. To be fair, plenty of other films try to capture to this spirit (The Expendables franchise, for instance), but they usually fail and end up coming across as sad imitations. It's usually because they are too beholden to nostalgia. I like The Expendables movies, but they should be trying to make new films on par with the past rather than bland imitations that feature the same one-liners and jokes that should make no sense within the world of the film. Arnold Schwarzenegger arguing with Bruce Willis about he gets to "be back" is just lazy. And it makes no sense unless they are literally playing themselves in the film. To be fair, they don't appear to be acting, but they are still portraying fictional characters.

The point of my little rant about The Expendables is that John Wick doesn't try to rehash stuff from old action movies; the filmmakers instead made a movie in the same spirit as those older films. So we don't have jokes about Reeves's character being "The One" or any garbage like that. That said, I was reminded of The Matrix a few times during some of the crazier shootouts, but it wasn't because I thought it was a reference to that movie. I just thought certain sequences were just as awesome.

I am not trying to say John Wick is as good as The Matrix or anything like that. John Wick doesn't have the lofty philosophical ambition of that series (which is fine, by the way). It is an unapologetic action film that doesn't get bogged down with conflicted feelings and whatnot. Reeves is going to kill a lot of people, and he's going to look cool doing it. Simple as that.


The majority of the credit for the film goes to stunt coordinators-turned-directors Chad Stahelski and David Leitch. It just makes sense for the guys responsible for the action in dozens of other films to make their own. Hopefully this gets them more work because the action sequences in John Wick are intricate, brutal, and, most importantly, well-shot. They went with an action style for Reeves similar to the gun kata of Equilibrium. That film relied heavily on special effects to mimic fast movements. John Wick has a bit more realism to it. The gun is like an extension of Reeves as he makes his way through shoot out after shoot out. The style truly elevated each action scene which, in the hands of lesser directors, would be a series of quick cuts, squibs, and broken glass. These guys know what they're doing.

John Wick is the surprise of the year. I just wish I would have known that sooner so I could have championed the film when it was still in theaters. Hopefully, this gets a lot of play on home video. It's unfortunate that good action films go unnoticed because they are not tied to an existing property. Anyway, if you're looking for some awesome action akin to the days of Schwarzenegger and co., ignore The Expendables and check out John Wick. 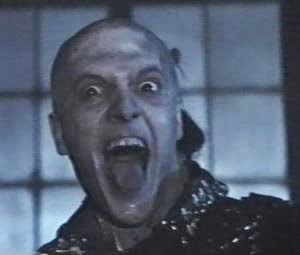