It’s always interesting to watch a film that is not intended for you at all. This has been my experience with Fifty Shades of Grey and the first Magic Mike. Each time, I wasn’t watching the movies so much as I was conducting a social observation: what do women want in their movies? Most people think of romantic movies when they think of movies intended for women, but those movies are really meant for couples to watch. Fifty Shades of Grey and the Magic Mike films are meant mainly for women…and the occasional man (e.g. me) that ends up watching it. Fifty Shades ended up not revealing what women wanted in movies, in my opinion. It was more about giving women a forbidden event movie to watch. The first Magic Mike was closer to what they want, but it was bogged down by a few serious, dramatic plot elements. In other words, women wanted to have a bit more fun with a movie about male strippers. Magic Mike XXL aims to finally be the movie women want.

First off, look at the title. The joke of it alone lets you know that this time around fun is the main goal. Gone are the drug addiction, relationship, and scheming McConaughey subplots. Now, the boys get back together for a road trip to the male stripper convention in Myrtle Beach. The stakes of this movie simply concern getting from Florida to Myrtle Beach. If it’s not obvious that there is nothing at stake, a character at the end before the big performance even points out that, “This is not a competition!” Because of this, Magic Mike is the better film, but Magic Mike XXL is the probably the one women would prefer to watch. That’s not to say that women only want movies with no drama; it’s just that male stripper movies are more enjoyable drama-free.

Stripping and having a good time is the plot of the film. Most of it is enjoyable (as with the first movie, I found the stripping scenes funny), though the stripping sequences go on longer than I would like (perhaps they aren’t long enough for other viewers). There is one thing that is undeniable, though: the reaction shots of characters go on too long in non-stripping scenes. During conversations, the camera lingers on people listening to others for just a few seconds too long. It’s a style decision that makes regular scenes awkward. It’s odd when a film’s editing becomes apparent. Perhaps this is due to Steven Soderbergh stepping down as director and Gregory Jacobs (typically an assistant director) stepping in. It doesn’t ruin the movie or anything, but it does make a few moments come across as odd.

Perhaps the long reaction shots are meant to make the audience think about the conversation, as well. This movie isn’t just about pleasing women with stripping. Nearly every scene features a conversation about what women want. So those extended reactions might be there to make the audience reflect more than usual (though I would argue they distract viewers more than focus them). Regardless, this is a film about what women want physically and emotionally. Conversations occur with older women about how they want to feel wanted, listened to, worshipped, etc. (These are probably the moments the few men in the audience are really supposed to pay attention to.)

Of course, it’s easy for dudes like Channing Tatum and Joe Manganiello to provide what women want. But it’s interesting that all these men who have all the answers for women can’t form lasting relationships with them. If they all had relationships there would be inherent drama, though, and Magic Mike XXL does not have time for that.

If you turn off your brain (which I was unable to do, but, once again, this movie wasn’t intended for me), it’s easy to get on board with these guys, and their no-stakes road trip. Tatum is effortlessly charismatic and funny, as is Manganiello. Most of the other guys are just along for the ride, but they make it easy to feel like you’re partying with them.

In the end, that’s what Magic Mike XXL is: a party you get to feel involved in. And that’s probably exactly what some women want in the theater. If men have so many mindless, turn-off-your-brain action movies to enjoy, why can’t women have a similar experience tailored to their interests? Magic Mike XXL is there to fill that void. Oh, and much like the title, pun intended. 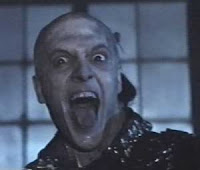