*Note: As awards screeners have shown up, it's time for me to kick my reviews into high gear and cover as many movies as I can before the end of the year. I'll try to write about every single one I see, whether it's been out for a while (as Me and Earl... has) or if it hasn't been released yet (though since I'm a lowly Midwestern critic, so far I've only been sent screeners for movies that have been given at least a limited release). Also, I plan on keeping these a bit short, unless they flat out blow me away.

Me and Earl and the Dying Girl 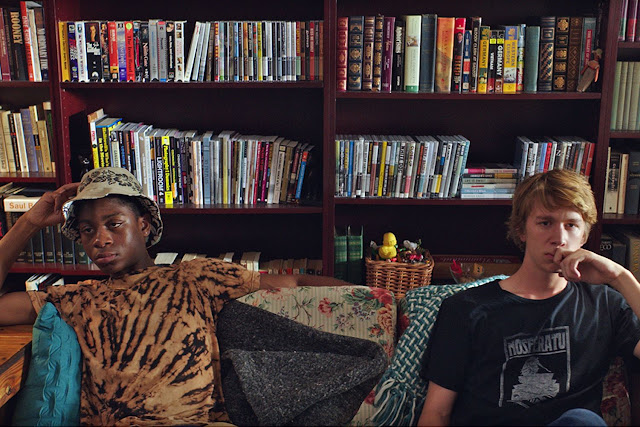 I didn't watch The Fault in our Stars, but I can't imagine I will like it more than Me and Earl and the Dying Girl, which appears to have roughly the same premise. The title definitely sums up the movie as it is about a narrator, Greg, who spends time with his friend (or "co-worker") Earl and a dying girl. In its own quirky way, this is the story you would expect about an awkward teenager and his encounter with a terminally ill girl. It's not a complete tearjerker or anything, though. In fact, it contains quite a few laughs. What sets this apart is the hobby of Greg and Earl: taking films they love and making crappy versions of them. It's similar to Be Kind Rewind, but Greg and Earl aren't trying to replace these films; they're paying homage/making fun/goofing off. Their gimmick is that they change the names of each film, and then change the story based on that name. For example, A Clockwork Orange becomes A Sockwork Orange, which is basically just a sock puppet version of the film.

The titles get more and less inspired than that, but the movies aren't the focus of the film. They are just window dressing for the main story. For someone like me, who obviously fancies himself a movie buff, that window dressing alone made the film unique and interesting. I spent most of the time looking closely at their movie collection and trying to recognize what movies they were watching. It was interesting just trying to spot all of the references. The film got bonus points from me for all of the Werner Herzog references.

A movie with so much interest in classic cinema needs to be a bit stylish, as well, and Me and Earl and the Dying Girl does not disappoint there, either. The camerawork, animation, and overall style of the film is all over the place, paying homage to multiple films. It jut makes what could have been a very depressing film turn out to be a surprisingly layered, funny, interesting work.

Me and Earl and the Dying Girl receives a: 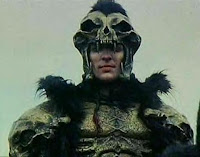 Email ThisBlogThis!Share to TwitterShare to FacebookShare to Pinterest
Labels: Me and Earl and the Dying Girl, Movie Buffs, Movie References, Werner Herzog