In a world where the word "the" no longer exists, struggling actors Vin Diesel and Paul Walker try to re-claim their past A-list glory... Just imagine the recently deceased Don LaFontaine saying these words for the preview of Fast & Furious. I just figured the best way to approach this movie was in a joking manner. Don't take it too serious, let it be what it is: a street racing movie with okay acting, gratuitous shots of scantily clad women making out, big action set pieces, and a few laughs here and there.

I'm not really joking about Diesel and Walker, though. These guys once appeared to be legitimate stars (whether they deserve it or not doesn't matter), bu 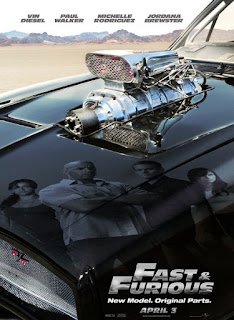 t quickly fell off the map. This could be because of popularity since I don't like Walker at all and although Diesel doesn't annoy me much (more on that later), I know that many people flat out hate him as an actor. It turned out that these guys just needed the right movie as Fast & Furious made an estimated $72.5 million in its opening weekend. I didn't initially plan on adding my own money to that total, but a buddy of mine was watching and I did enjoy the original, so I said, "why not?" I think a lot of people said that this weekend. The actors aren't great, but you can stand to watch them under the right circumstances; those circumstances being fast, expensive cars and loud chase scenes.

Have I mentioned the plot? No? Well, does it really matter? If it does matter to you, then here you go: Dom (Diesel) is now in the Dominican Republic pulling off heist jobs with Furious veterans Han (Sung Kang) and Letty (Michelle Rodriguez...ugh). Brian (Walker), meanwhile, is back in LA, trying to bring down a druglord who uses street racers to move his product. Dom has to return (I won't spoil the reason why) and, of course, he crosses paths with Brian. What follows is a decent revenge story with plenty of racing, explosions, and guys talking tough and spouting off stupid one-liners.

The beginning set up with Dom's crew hijacking a gas truck is very entertaining, even if the CG is pretty weak here and there. The movie does handle races and action well, though some of the gimmicks are weak and annoying, like the GPS factor in the first race. While I'm on the subject of things done wrong, it should be mentioned somewhere that this movie takes place before Tokyo Drift. This is important because (spoiler alert for Tokyo Drift) Han dies in that previous film, but is in the beginning of this movie. Another time issue is that the movie jumps at least 6 months without letting the audience know in a clear way. So, that led to some confusion. And Vin Diesel does not have superhuman strength. That has always been my problem with him. If his character is supposed to be a bit superhuman (like Riddick) then I'm fine with it (I actually love his Riddick movies), but if he's just a guy who has big arms, then he needs to be humanized. I'm saying this because, in this movie, he holds an engine block by a chain with one hand (and he's not lifting it up, he catches it as it falls from a cherry picker at the last second) and (slight spoiler) he gets shot in the shoulder and he has the same reaction a normal person if they had been bit by a mosquito. It's just a bit ridiculous. But Diesel carries this movie despite the dumber aspects of his character. I found myself bored when Walker was onscreen, just waiting for Diesel to show up and punch somebody or just mouth off. Anything's better than Walker's bland FBI agent who can't decide if he's a good guy or a bad guy.

So, there's not much to this decent, fun movie and it's not as good as the first one (but it's close), but who out there is really expecting much out of this? I thought the tone of the film could've been a bit less serious, but overall it was entertaining.

The Fall is about injured stuntman, Roy (Pace), in a 1930's LA hospital and his attempt to get a little girl, Alexandria (Untaru), to steal morphine for him so he c 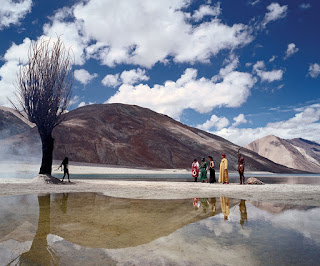 an commit suicide. To get her to steal the morphine, Roy begins telling a fairy tale type story involving an evil man who has wronged a group of would-be heroes. This is not a movie that focuses on the story, though, which is good, since the story really isn't very original (there are a number of these framed fairy tales with the storyteller becoming a character and things changing as it goes along). This movie is all about the visuals.

The Fall is directed by Tarsem Singh (credited only as Tarsem for the movie, I use his full name because just going by Tarsem sounds stupid) who directed The Cell. Say what you will about that Jennifer Lopez-starring film, it looks incredible. Singh improves upon the visuals with this film, which he claims was filmed entirely on location with no CG. If that's true, then this is one of the most ambitious films ever made just for the location scouting alone. I've read that he filmed in over 20 countries and I think I believe it. There are so many different locations, all of which look otherworldy and amazing. If I have to point out an issue with the film, it would be that the scenes go by too quickly and I wasn't able to stare at each location long enough. 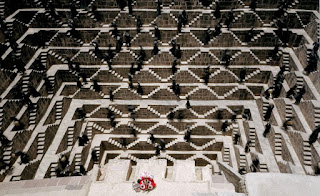 I would go on, but this movie only stands out because of its visuals. I didn't really care for the characters all that much, though Untaru creates a likable and sad character. But there's nothing truly memorable among the characters. It's all about the look for this film. So, if you want to see some strange and impressive locations, along with a simple fairy tale type story (albeit a violent, bloody, R-rated fairy tale), then check this out.

I guess you could call this post my "unoriginal, pointless story" edition. Death Race is a remake of the Roger Corman film from the 70's. Where that film was goofy and cartoonish and simply fun to watch, this new version loses the laughs and strives for brutality, which is a major mistake. How can you take a movie about criminals racing to the death for their freedom, and make it deadly serious? Anderson even admits to this on a featurette on the DVD, claiming he didn't want to make a "campy" movie? Well, why the hell not? If this film had retained the campiness of the original, it would have been very entertaining. Instead, we get ridiculous violence that's supposed to be realistic? It ends up being boring and pointless; a film that a few decent action scenes cannot save. 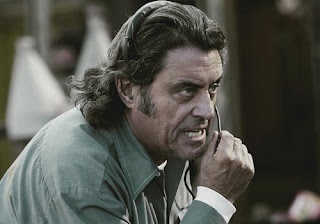 If you like Statham, then I guess this will be up your alley. He continues to play the action hero/everyman who can do anything. (Still not sure how he ended being an action star.) So basic stuff from Statham, Tyrese is just there (a disgrace from the fun way Slyvester Stallone played the character over 30 years ago), and Ian McShane and Joan Allen seem to stand around wondering, along with the audience, how they ended up in the film. Just plain mediocre on all levels. If you want a fun Death Race movie, check out the original. If you want to see the futuristic prisoner battle as a sick TV show, watch The Running Man. 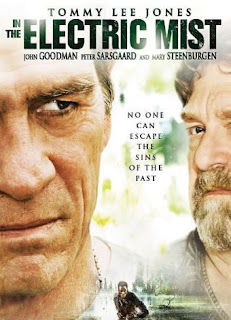 Bad plot edition keeps on rolling with this straight to DVD embarrassment. This movie's plot is so convoluted it's nearly impossible to even want to understand what's going on. Somebody's killing hookers, a movie with corrupt investors is being filmed, characters see long dead Confederate soldiers, cops plant evidence on a daily basis, and somehow Tommy Lee Jones is going to tie all of this together with the murder of a black man 40 years ago. Make sense? I don't think the screenwriter knew what was going on with the story. It almost seems like he said, "oh wait, we haven't seen John Goodman's miscast mobster for awhile, let's bring him back in for a pointless scene, now let's see what the drunken actor (Sarsgaard) is up to, now let's just say that this random guy is the one behind the murders and have Jones do some narration just like No Country For Old Men to wrap it up and make it seem like it all meant something." There might have been a decent story (it is based on a book that I am sure is endlessly better) but it got lost along the way. Maybe Tavernier was funded by corrupt people himself and he was hurried into releasing this garbage in a desperate attempt to turn a profit. I like to think that that is what happened, because that scenario sounds more entertaining than the actual film. Avoid at all costs.