*I write these articles under the assumption that you’ve seen the movie, so...SPOILERS. But if you haven’t seen Captain Ron, then obviously you didn’t have TBS or the USA network in the ‘90s.


Originally, I was going to write about Buffalo Soldiers, the Joaquin Phoenix movie that got delayed into oblivion because of 9/11. But the DVD was too scratched up to play, so I threw it away and randomly moved on to Captain Ron, a $5 bin classic that I would also watch every time it came on TV. Kurt Russell is amazing in this movie, and according to IMDb trivia, he pretty much created the character, down to the wardrobe that he provided himself (including the Speedo). The movie overall is pretty damn goofy; it’s like John Hughes got stoned and wrote a movie. But Russell makes it memorable. Watching it this time (and thanks to some of the trivia I read), something amazing occurred to me. 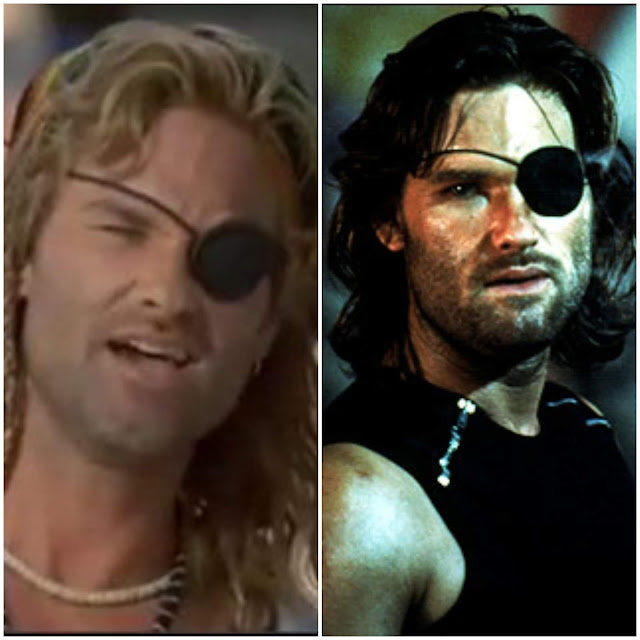 Captain Ron is the origin story of Snake Plissken.

First off, I know this is ridiculous, but there are enough similarities to consider this. Obviously, the eye patch is the main indicator here, along with Ron’s raspy voice. And while Ron doesn’t have a cobra tattooed on his stomach, it is still a tattoo he would conceivably get one day (and he knows good work, as evidenced by his “primo work” comment regarding Caroline’s tattoo). Also, Ron claims to have been in the Navy, and Snake was Special Forces in the Army. Could it be that Ron was actually a Navy SEAL? Or maybe Ron was in the Special Forces, but he’s so full of shit he forgets what branch of the military he was really in.

The timelines work out a little, too. Captain Ron came out in 1992, which leaves plenty of time for World War III to break out and Ron can become Snake. The events of Escape from New York don’t take place until 1997. Ron has experience in Communist Cuba, he’s dealt with pirates, and he associates freely with revolutionaries (much like Cuervo Jones in Escape from L.A.).

The bit of trivia that really set me off on this was the claim that John Carpenter was “nearly called” to direct Captain Ron. (It also claims that he said he would have done it, but just to be in the Caribbean.) With Carpenter’s possible involvement, it adds a little credence to the origin story theory. Also, Carpenter originally saw Escape from L.A. as a comedy satirizing modern action movies (the studio was not a fan of this idea, which is why the film ended up edited to basically be a carbon copy of New York). And he directed Big Trouble in Little China, which is very much a comedy, also starring Russell.

Of course, Captain Ron isn’t really the origin story of Snake Plissken, but there are enough similarities to at least consider it. And while I am always down to watch Captain Ron, watching it while considering it as Snake’s origin story added a new element to it. Finally, I just like the idea that fun-loving Ron finally got beaten down by the world enough to turn into Snake Plissken.


Russell's next movie was Tombstone. What a transformation. 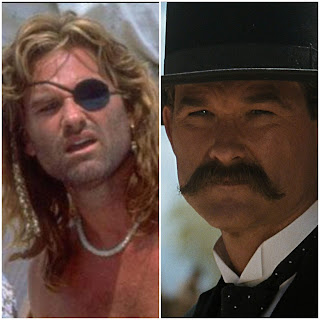 I don't have anything to say about that. I just wanted an excuse to post this comparison picture.

The beginning really reminds me of Planes, Trains, & Automobiles. In fact, the whole thing comes off as a wacky John Hughes film. Steve Martin and John Candy were both even considered for Short's role.

The camera really hangs on that clearly fake photo of a young Martin Short.

"Incentives are important. Learned that in rehab."

Seeing "dead" Captain Ron getting poked with a stick still makes me laugh.

Ron claims to have been on the USS Saratoga, a ship that was sunk in a nuclear bomb test in 1946. How old is he?

I love how Ron gets the party going again at St. Haag by doing a little dance and saying, "Hey hey!" And it works.

My brother says, "Get me a beer, swab," to this day because of this movie.

"Now that you got a little coin in your jeans, let's make this game a little more interesting."

The shower scene provides a bit more nudity than you'd expect for PG-13.

Martin Short lets out a great scream when the sander knocks him off the boat.

Ron's plan for Swab to get the anchor was great, just taping bricks to feet and sending him underwater.

I think Martin's family should ditch him for Ron. Martin sucks.

Getting kicked off the island is what Martin deserves for snitching on Captain Ron.

"I've always been a fast healer. Of course, I believe in Jesus Christ. It helps."