Becoming burnt out and not writing anything for at least a month is a yearly tradition for me for some reason. I don’t know what causes it. I still watch movies, and I even take notes for future articles, but something keeps me from actually writing the articles. I guess sometimes I just like to watch movies just to watch movies instead of watching them to write articles that maybe a dozen people will read. Anyway, I’m back, so here’s an article about Hard Target. 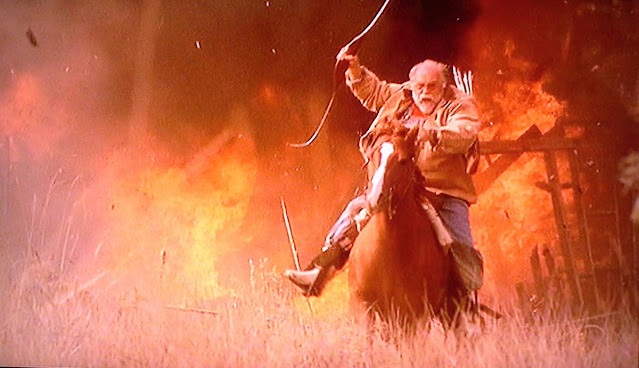 Slow motion is a fairly standard part of a good Van Damme movie. A roundhouse kick just looks better when things are slowed down so the audience can appreciate it. John Woo takes it to another level at times in Hard Target, especially during Van Damme’s first fight scene. Slo-mo might seem cheesy to film snobs, but when used correctly, as it is here, it can heighten an action movie.

Too often, especially in martial arts films, fight scenes are edited into a hectic blur with only sound effects letting you know when someone is punched or kicked. To be fair, a fight is a chaotic situation, and quick editing can convey that feeling. But when I watch Van Damme kick someone in the face, I don’t want to feel like I’m part of the fight. I want to see his foot connect with someone’s face. John Woo gives the audience that.

I’ve always felt that slo-mo does more justice for the performers and for the action itself in a film. Why go to the trouble of casting able performers and choreographing a fight when the end product is indecipherable? It’s like a guitarist learning an incredibly difficult solo that sounds like shit; yeah, it’s impressive that they can perform it, but who wants to hear it?

Slo-mo isn’t a cure-all for an action film, though. Van Damme was obviously influenced by this film when he directed The Quest. That movie would be fifteen minutes shorter if all the slo-mo scenes ran at regular speed. He has slo-mo of characters looking at each other. (For the record, I love The Quest, but even I can’t defend all of the slo-mo in that movie.) And you do lose the impact of a good kick to the face when you slow it down. It’s a difficult style to perfect, but if anyone comes close, it’s John Woo. 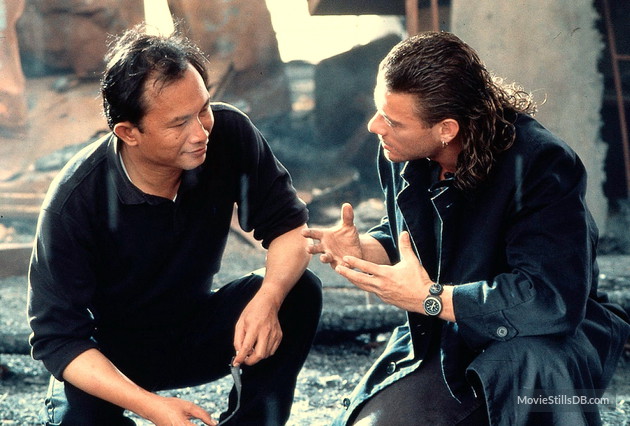 John Woo is also a master of chaos, and Hard Target is definitely chaotic. The action in the finale is just absurd. The trademark Woo birds flying around, explosions, Mardi Gras parade floats, and about a thousand bullets: it’s fucking crazy. And it’s great. The last fifteen minutes of Hard Target is a perfect example of what I miss about ‘90s films. And it’s not just the action that’s nonsensical.

By the end of the film, I can’t come up with a good reason for any of it to still be happening. Lance Henriksen’s hunting people for sport business is done because there’s too much heat. Usually, he just packs up and moves on to a new location. But for whatever reason, he wants Van Damme dead. I get that Van Damme messed things up for him by investigating and whatnot, but if he’s truly a businessman, he would cut his losses. And it’s not like Van Damme did something to him personally. I would get it if Van Damme had killed Arnold Vosloo earlier in the film, then it would be a kind of revenge thing. But that’s not the case. Vosloo survives until the end, and he even argues with Henriksen, asking him to drop the hunt and move on. But Henrksen is obsessed. He wants to fuck shit up. And why? Because the movie needs it.

Sure, it makes no sense for Henriksen to be this devoted to killing Van Damme, but it’s an action movie, and there needs to be fucking chaos for the last showdown. And you know what? That’s fine with me. Watching the final insanity, I would find myself wondering why it was happening, but before I could get too far with the thought, more awesome shit would happen to distract me from trying to figure out any logic of the film.

I’ll take entertaining chaos over boring logic every time in an action film. The best Van Damme movies embraced this idea, and Hard Target is a perfect example of that. Let me put it to you this way: this movie is so gloriously crazy that it made me forget until just now that Van Damme rocks a greasy mullet the entire film and at one point bites the rattler off a rattlesnake. What else can I say?

Obviously foreign actors playing characters with typical American names always annoys me (think Schwarzenegger playing “Adam Gibson” in The Sixth Day [by the way, I looked that up; I do not know Schwarzenegger’s character name from The Sixth Day off the top of my head]). Because of that, I like to devote a little space to Van Damme’s character name in each film. Usually, the filmmakers do a good job giving him a half-assed realistic name matching his accent and heritage. For Hard Target, it’s Chance Beaudreaux. Fucking perfection. 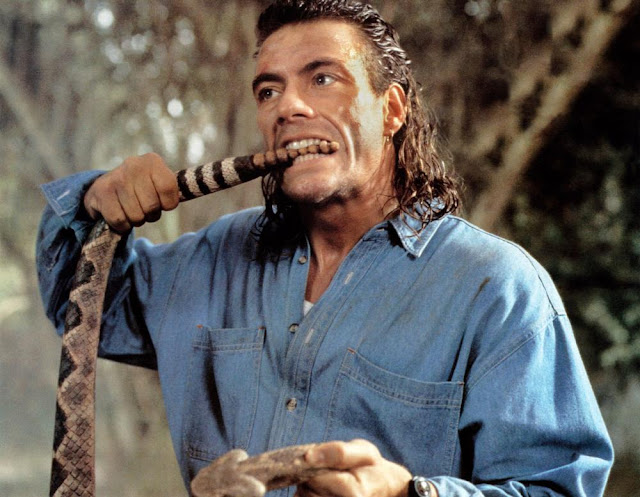 The writer of the film plays the guy being hunted and killed at the beginning. Is this a metaphor for what happens to a writer's script during the development and production of a film?

Van Damme slides some change to the waitress to pay for his gumbo and coffee (fucking gross, by the way); it totals sixty cents. He's a regular, but you can't run a business at those prices!

The film is tonally all over the place at the beginning, going from thriller (dude being hunted) to melodrama (daughter looking for her missing father) to western (Van Damme in a duster saving a damsel in distress as stereotypical western music plays). I actually dig the western vibe, despite the film taking place in New Orleans in the early '90s. Also keeping with the western theme, Vosloo's character is named Van Cleaf, an obvious homage to Lee Van Cleef.

Van Damme's reason for sticking around (being in arrears on his union dues) is the exact same reason why Llewyn Davis can't leave in Inside Llewyn Davis. Obviously, the Coens were inspired by this film.

The music seems to change genres depending on which character is being focused on.

I'm pretty sure Woo's direction to Arnold Vosloo for this film was, "Always look like you just got done stomping a puppy to death, and you enjoyed it."

"Eastern Europe. We can work there for years." It's like a prediction for Van Damme's DTV career.

The hunt doesn't seem all that thrilling or challenging with the dudes on the dirt bikes taking care of most of the work.

New Orleans is presented as such a shithole that a shootout can happen in a famous cemetery and someone can be executed in the French Quarter in front of dozens of witnesses, and the cops won't show up until the next morning.

This film makes New Orleans come across like such a ghost town at times...it's odd. I know it's not Mardi Gras all the time, but it's still a major city.

Van Damme breaking a dude's neck by kicking him in the head as he drives by on a motorcycle is about as badass as it gets.

After watching the ridiculous shit Van Damme does on a motorcycle in this movie, the nonsense John Woo came up with for Mission: Impossible 2 makes perfect sense.

Okay, that shit with the rattlesnake is just too fucking stupid.

Completely forgot that this movie featured Wilford Brimley on horseback shouting gibberish while holding up a bow and riding away from an explosion.

Henriksen treats all the hunters at the end like complete dog shit, and these dudes are all paying him $750,000 for it. Why the fuck are they willing to take so much shit from him?