I’m still working on my year-end list, but I had to take a break to get a Van Damme movie in this month. Since I revisited Universal Soldier last month, and I covered the now-ignored sequel Universal Soldier: The Return for my first Why Do I Own This? article, I decided to go ahead and finish off the series in December and January. So this month, I’m writing about Universal Soldier: Regeneration, a movie I wrote about upon its initial release and was disappointed in. After rewatching it this week, I have no idea how this movie disappointed me back then. Sure, Van Damme is a bit docile for most of the film, but it makes sense for the story. I just don’t get why the action didn’t impress me back then, because this DTV movie looks a hell of a lot better than most theatrical action movies. Also, Regeneration takes some of the darkness hinted at in the much lighter previous two movies and runs with it. 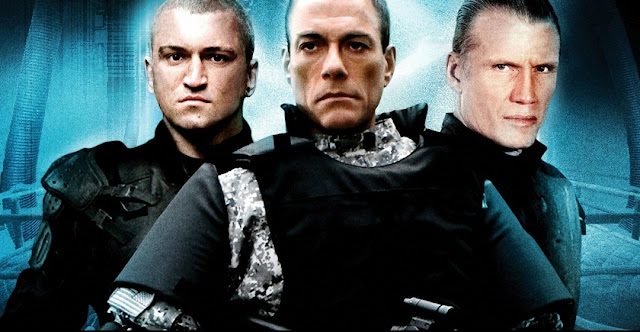 In my article about the original film, I joked a bit about how the whole UniSol program is fucking horrific, despite the fun tone of the film. The filmmakers of Regeneration, director John Hyams (who I think is the dominant voice here as he went on to write and direct the even darker sequel, Day of Reckoning) and Victor Ostrovsky (this is his sole IMDb credit, and the only extra info about him is some bizarre quote about someone being labeled an anti-Semite), obviously thought there was much more to this series than fun action.

Van Damme’s story arc is definitely much darker this time around. Originally, I was a bit disappointed by Van Damme’s lack of involvement in the first half of this film; it’s almost like his first scenes are some separate short film about recovering from grief or memory loss or something. This time around, I realized that the filmmakers were showing the hellish existence he’s going through because of the program. It’s never explained what has been going on with him, aside from a line about being brought back a couple years ago. So we have to assume that something happened since the previous films that led to him being put back in storage. And now he’s out again, but he has severe memory issues, which a therapist is trying to help him with.

This is right in Van Damme’s wheelhouse as an actor. As he’s aged, his face has become perfect for conveying silent suffering. While this is a largely silent role, Van Damme is still able to turn in one of his most impressive, sad performances. He’s essentially a zombie, and he eventually just accepts it because what kind of life can he expect to have anyway? And the doctor’s statement that they will no longer have control over him after the last treatment is not hopeful, but terrifying. What will happen to him now that he’s more powerful than ever and has true freedom? (Stay tuned for next month’s article to find the disturbing answer!)

While Van Damme’s story was a slow burn, Dolph Lundgren is shot of a cannon in this film going full Roy Batty almost immediately. Universal Soldier compares easily to Blade Runner, but that comparison was not all that apt tonally until Regeneration, mainly because of Dolph Lundgren’s arc. Brought back as a clone, he is clearly independent and angry as soon as he wakes up. And after completing his first mission, he turns on his maker (who looks a little like Tyrell), killing him exactly the same way Batty kills Tyrell in a blatant homage to Blade Runner.

Lundgren spends his short time in this film questioning his existence and being violently confused. He fights Van Damme because he doesn’t know what else to do but kill and fight anything he comes across. But when it’s clear that he’s about to die, he is not angry or scared, he just wants to tell Van Damme what he remembered. Van Damme kills him before he can say anything else. It’s a tragic situation for both men, only slightly lessened by the admittedly awesome and gruesome death.

Lundgren’s inclusion almost comes across as a gimmick (mainly because his screen time is so short), but his presence brings the most interesting aspect of the story to bear. I did not care at all about the outcome of the actual plot because it was almost stereotypically bland for a DTV action movie: a rebel army threatens to blow up Chernobyl, holding the Ukranian Prime Minister’s teenage children hostage unless they are granted independence. This is not a knock on the film because it is quite clear that none of this is all that important compared to the ramifications of a genetically altered UniSol and a cloned UniSol. This focus is confirmed as more important in the next film. In many ways the title Regeneration refers to the rebirth of the franchise as dark, interesting sci-fi instead of simple, yet fun, action. But if you’re going to have action anyway, it might as well be great, right? 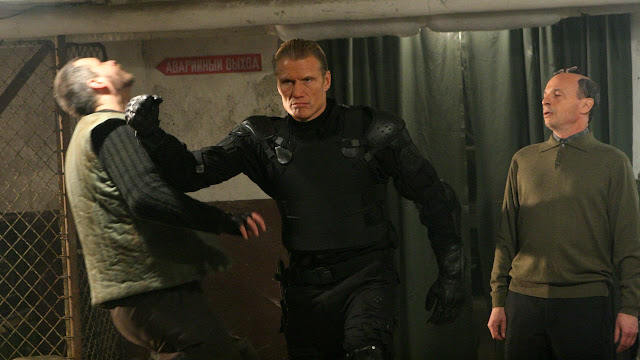 Straightforward Action in a Straight-to-DVD Movie.

Regeneration hits all the right notes for me: it’s brutal, the action is easy to follow (no quick cuts that plague the genre), the blood and gunshot wounds are practical instead of CG, and multiple sequences are shot as one long take. There’s a bit of a renaissance for action at the moment (the John Wick series comes to mind), but back in 2009 (when Regeneration came out) it was rare to find good R-rated action.

Once again, I have no idea why this film didn’t impress me more originally. I guess it was the presence of the MMA fighter. He makes for a decent silent villain, but I found his signature movie in this film, straddling someone and punching them in the head a dozen times in less than thirty seconds, to redundant to the point that it becomes laughable near the end of the film. But it’s narrow-minded to let that small qualm keep me from enjoying a truly impressive action experience.

I don’t want to just rehash all the best sequences like I’m hosting “The Chris Farley Show” (“Remember when JCVD jammed that pipe into Lundgren’s forehead then shot through the pipe with a shotgun and obliterated Lundgren’s head? That was awesome.”). So I’ll just focus on Van Damme’s involvement, which also might explain my initial lukewarm response as well.

I prefer to see Van Damme roundhouse kick people constantly in his films. I don’t like to admit that he’s aged and a lot of martial arts moves are beyond him. This is why a lot of his DTV stuff is more soldier/gun-based. There’s nothing inherently wrong with that type of action, but most DTV directors are incapable of doing anything interesting with it. Director John Hyams (and his dad [and fellow director of JCVD movies] Peter Hyams serving as director of photography) is more than capable, providing multiple impressive sequences that don’t involve roundhouse kicks. The standout moment is Van Damme’s infiltration of the complex, which involves a truly impressive hallway sequence done in one take. Van Damme doesn’t roundhouse kick a soul, and yet it’s one of the greatest action scenes he’s ever filmed.

The main event of the movie, Van Damme vs. Lundgren, doesn’t disappoint, either (and yes, I know Van Damme still has to fight the MMA dude after this, but come on, this is the fight people watched the movie for). Once again, no round houses to be found, but it’s still an intensely physical fight that movies seamlessly from room to room as these two zombie/clone/cyborgs that-should-not-be do battle.

Universal Soldier: Regeneration is a perfect example of how excellent action can be achieved while dealing with a limited budget and aging stars. It helps that the aging stars are aging quite well, but you get the point: Lundgren and Van Damme are not young at this point. It really proves that crappy action is the result of weak filmmakers, which is why they are making DTV movies, after all. But every now and then, a talented director either gets his start or is willing to slum it and make something special. And Regeneration is special, even if it took me a second viewing ten years later to realize it. 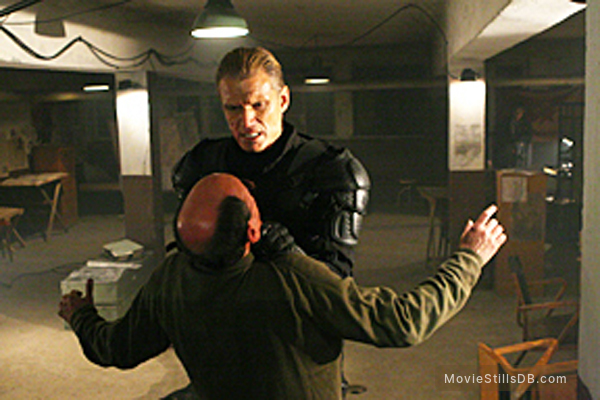 The beginning car chase is a bit of a Bourne ripoff, what the shaky cam and Eastern European-ness of it all.

But overall, it's a totally decent opening action sequence.

But what the fuck were those cops at the road block near the end thinking? They were standing in a row together in the open. Why not take cover behind the cop cars?

Holy shit! Shouldn't they do a little measuring before they cut off the arm for replacement, or do they not care if one arm is longer than the other?

When will people learn? Do NOT approach Luc Deveraux while he's in a restaurant.

You can definitely tell the bad guy unisol is an MMA fighter; they incorporate it into nearly every action sequence.

Jesus. I take it this dude's signature move in the UFC was to get on top of an opponent and punch him in the head twenty times in one minute.

Van Damme gives a great death look that makes a soldier jump out a window.

I guess there are worse last words than "fucking prick."

My god, what a great death scene for Lundgren.