It occurred to me recently that former child actors Joseph Gordon-Levitt ("Third Rock from the Sun") and Shia LaBeouf ("Even Stevens") have chosen career paths that are polar opposites. Gordon-Levitt has gone the respectable route with the recent 500 Days of Summer (which I look forward to watching, but has not 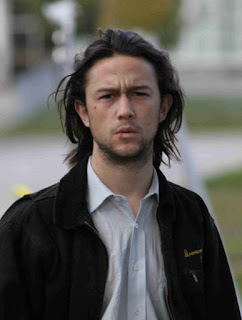 out in theaters near me), and the critically acclaimed Brick and The Lookout. I found his performance in Killshot to be quite impressive as well. He seems to be searching for quality roles in low budget films and it has worked. His appearance in G.I.Joe is questionable, but I'll wait to see it before I cast judgment on him. Regardless of his upcoming big budget film, Gordon-Levitt has become a solid actor who adds prestige to any picture he is involved in.

LeBeouf, on the other hand, has starred in one big budget movie after another, usually playing clichéd or completely bland characters that require him to react to a green screen. But this has led to massive success. I must admit, I wanted to hate this guy from the get-go, but his unoffensive, plain characters are almost impossible to hate. The worst I can say is that I feel indifferent about each character he plays. Can anyone honestly say they cared about what happened to Sam Witwicky or Mutt Williams. To me, those two characters just got in the way of the action. This is not to say that I haven't enjoyed LaBeouf's movies. I enjoyed both Transformers movies for what they were (loud, hectic action movies) and I am even one of the few people out there that really enjoyed the latest Indiana Jones. Labeouf was amusing in his comedic side roles in other big budget films as well (Constantine and I, Robot), but there is really nothing to this guy. There are plenty of lesser known actors who could play the goofy, dorky high school kid. That might be the one thing that is keeping him going. He can play a high school kid (like in the unlikely hit movie Disturbia) and he seems sincere when freaks out about his lack of iTunes access and cell phone privileges.
So the younger crowd might be able to identify with him on a technological level, but he won't stay young forever, and that is obviously becoming a problem. LaBeouf went with a more adult type role in Eagle Eye (though he was a childish, scared adult) and that didn't turn out nearly as well as Transformers. He is about to hit a major brick wall: adulthood. Joseph Gordon-Levitt saw this coming a mile away and has been working on it for the past few years.
Take Brick, for instance. This is a film noir set in a high school. Gordon-Levitt takes the high school role, but he gets to play it like he's Bogart as Sam Spade. He acknowledges that he's not an adult, but he can act like one at least. Gordon-Levitt knows that he looks young, but that doesn't mean his characters have to act like it. The Lookout is another prime example of this. He plays a brain damaged (memory loss) former high school star athlete who gets caught up in a bank robbery scheme. This was his major step out into film adulthood. He followed this with a quality performance in Stop Loss, followed by a great turn as a redneck stick up man in the under seen Killshot. In Killshot, there is certainly an 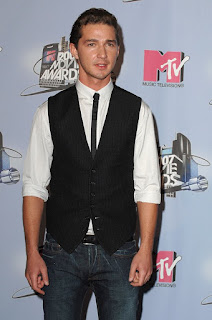 immature side to his character, but I would hardly consider him a high school kid. If anything, Gordon-Levitt played a kid who probably dropped out of school by the time he was sixteen. Now he is Cobra Commander and even if G.I.Joe turns out to be garbage, I doubt that people will claim that Gordon-Levitt is the problem.
I am not just comparing these two actors side by side because they both started out as child actors, though. I feel that these two actors represent two sides of American youth. The popular kids in school and the trendy people who don't follow movies too closely probably identify with LaBeouf because it's easy. The dorks and movie buffs out there shrug off LaBeouf (or downright hate him) and side with Gordon-Levitt because of his acting ability and his character decisions. I'm willing to bet that the people who identify with LaBeouf don't even know who Joseph Gordon-Levitt is. Me, I'm proud to be part of the dorks and geeks. I'm just a bit worried that Gordon-Levitt is entering LaBeouf land with Cobra Commander. But I'm sure it's just a bump in the road on his way to continued and more prominent critical success.
Posted by Eric Harris at 11:06 PM