Hating and Loving the Films of Terrence Malick 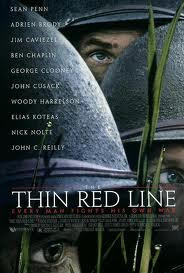 film, The Tree of Life came out and it was showered with praise (for the record, I thought it looked quite interesting, but I’ll wait for the full movie before I cast any judgment). Because of this, I felt compelled to write another article, my first since August of ’09. I find it fitting that I’m writing about Malick after a long hiatus in article writing since the filmmaker takes so long between his films (although he’s working rapidly now as he already has another film in the post-production stage). Since I’m in my twenties and didn’t start seriously looking at film until a few years ago, I’m going to focus on the second half of Malick’s career. I think Badlands and Days of Heaven are fine films that deserve plenty of contemplation; I just don’t feel like I’m the guy to contemplate them.
Instead, I want to write about The Thin Red Line and The New World. But I am not reviewing these two films. No, I’m going to write about how much I hated them after my first viewings and how much I love them now and how this happened. I’ll start with The Thin Red Line.
I was fourteen when The Thin Red Line came out and I had some unfair expectations for the film: I wanted it to be just like the other WWII movie of that year, Saving Private Ryan. I, of course, hated it because it was meandering (a word fourteen-year-old me would never use), had way too many shots of nature rather than action, and the biggest stars of the film were relegated to what were essentially cameos. I wrote it off and moved on.
Cut to eight or nine years later. I’m not writing any reviews or anything at this point, but I am certainly a self-titled “movie buff.” I had watched Malick’s latest, The New World and hated it just as much as The Thin Red Line. To be fair, my reasoning was a bit more justified this time. There was still the nature love fest and whispered voiceover that had annoyed me before, but my expectations were much more reasonable this time around. I wanted a realistic portrayal of the Jamestown colony sans all the Disney John Smith and Pocahontas nonsense. The New World turned out to be a slow moving look at Jamestown, with a focus on the Smith-Pocahontas relationship. There were historical facts, but it wasn’t as epic as I wanted it to be. (Epic as in epic films like Lawrence of Arabia not “epic” as in the new parlance in which it is a synonym for “awesome.”)
For whatever reason, I couldn’t dismiss The New World. I watched it again, and again, and again. Then I bought it. Then I bought the extended cut. I loved it. I went back and watched The Thin Red Line again. And again. I loved it. I bought it. What had happened? How did I go from calling The Thin Red Line a “boring movie” in which characters just “talk shit to nature,” to calling it a great film?
There is no real explanation for why I would hate two films then completely reverse my opinion. Sure there have been some films that I didn’t care for after the first viewing that stuck with me. But Malick’s films are the only ones I can think of that I flat out dismissed only to change my mind later. Somehow that whispered voiceover became almost poetic. Those “meandering” nature shots were now beautiful. Malick hadn’t cut out the stars of The Thin Red Line for no reason; they just didn’t fit into the composition he was creating.
I started to notice things about the two films. When you combined all 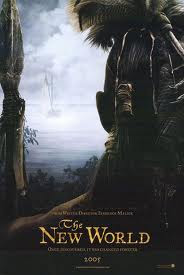 of their elements, they were really examples of master filmmaking. They didn’t fit into the expectations that I had made for them, but that is quite a ridiculous way to judge a movie. Accepting the films for what they are, I started to realize that even my initial problems were unfounded. The Thin Red Line boring? There is a nearly hour long battle in the film. The New World? Multiple battles with the Natives. Meandering? Hardly a negative quality when the purpose is to show as many viewpoints on a subject as possible. This doesn’t apply to The New World, which I find to be quite a focused film, actually. But with The Thin Red Line the meandering is precisely the point. War can be seen through so many different perspectives: nature, excitement, insanity, fear, opportunity, anger, etc. The narrative needs to wander among the men involved to get all of these perspectives.
It’s not strange that I would notice these ideas only years after first watching a film. I can sometimes blind myself to the positive qualities of a film when my initial reaction is negative. What’s strange is that I attempted to like The Thin Red Line after I started taking movies more seriously and I still hated it. Somehow, enjoying The New World opened my eyes to Malick. The fact that I can’t explain why I now love these films actually helps to compliment them. Malick makes films that are tough to enjoy at first, but somehow, for no discernible reason, they become beloved. Surely this is not the case for everyone, but I doubt that I’m alone.
None of this is to say that Malick is some perfect filmmaker and anyone who doesn’t like him just hasn’t opened their eyes yet. That is certainly not the case. As someone who once hated his work, I have no problem accepting that some people hate these two movies. Perhaps the point of this article is that if you are one of those people, you may want to give these films another chance someday. If you already enjoy these films, check them out again anyway, they seem to get better with each viewing.
The Thin Red Line and The New World went from crap to classic in my book because my expectations were not met and I looked back to see what the films were trying to be. I am, for the first time, really looking forward to a new Malick film. I don’t know what to expect from The Tree of Life, so maybe I’ll enjoy this one the first time through.
Posted by Eric Harris at 12:47 PM